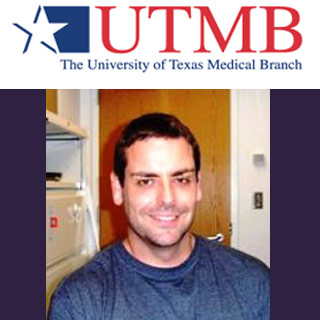 Body builders generally consume large amounts of protein assuming it is the key to bigger, stronger muscles. However, metabolism study experts from the University of Texas Medical Branch (UTMB) at Galveston are believed to have provided evidence that strongly contradicts this belief. Furthermore, they suggested realistic ways to both improve normal American eating patterns and decrease muscle loss in the elderly.

For the purpose of the study, the experts were noted to measure muscle synthesis rates in volunteers, who consumed different amounts of lean beef. They found that only the first 30 grams i.e. over one ounce of dietary protein consumed in a meal actually seems to have produced muscle. They also found that moderate amount of protein per meal may perhaps produce the same results as consuming down protein shakes.

Senior author of the study, Douglas Paddon-Jones, an associate professor stated that, “We knew from previous work that consuming 30 grams of protein – or the equivalent of approximately 4 ounces of chicken, fish, dairy, soy, or, in this case, lean beef – increased the rate of muscle protein synthesis by 50 percent in young and older adults. We asked if 4 ounces of beef gives you a 50 percent increase, would 12 ounces, containing 90 grams of protein, give you a further increase?”

The UTMB experts further were believed to have examined this possibility by feeding nearly 17 young and about 17 elderly volunteers. They appear to have given them identical 4- or 12-ounce portions of lean beef. With the help of blood samples and thigh muscle biopsies, the experts appear to have then determined the subjects’ muscle protein synthesis rates after every meal.

“In young and old adults, we saw that 12 ounces gave exactly the same increase in muscle protein synthesis as 4 ounces. This suggests that at around 30 grams of protein per meal, maybe a little less, muscle protein synthesis hits an upper ceiling. I think this has a lot of application for how we design meals and make menu recommendations for both young and older adults,” elucidates Paddon-Jones.

He further said that, “Usually, we eat very little protein at breakfast, eat a bit more at lunch and then consume a large amount at night. When was the last time you had just 4 ounces of anything during dinner at a restaurant? So we’re not taking enough protein on board for efficient muscle-building during the day, and at night we’re taking in more than we can use. Most of the excess is oxidized and could end up as glucose or fat.”

Paddon-Jones claimed that a more effective pattern of protein consumption may possibly differ considerably from most Americans’ daily eating habits. A more efficient eating strategy for making muscle and controlling total caloric intake could perhaps be done by shifting some of extra protein consumed at dinner to lunch and breakfast.

He was of the opinion that one doesn’t require to eat huge amounts of protein in order to maximize muscle synthesis. One just has to be a little more clever with how they allot it. For instance, for breakfast consider including additional high quality proteins like include an egg, a glass of milk, yogurt or add a handful of nuts in order to obtain a 30 grams of protein suggest experts.

Also, one may perhaps do something similar to get to 30 grams for lunch, and then eat a smaller amount of protein for dinner. Supposedly carrying out this over the course of the day will allow one to spend much more time creating muscle protein.

The findings of the study have been published in the Journal of the American Dietician Association.