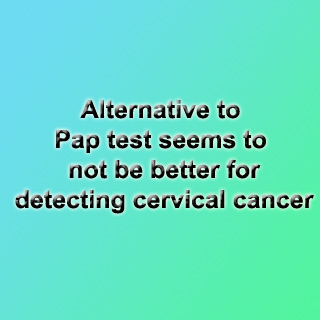 Pap test is a screening test used in gynecology to identify premalignant and malignant (cancerous) processes in the ectocervix. Pertaining to Pap test, a Dutch study that incorporated almost 90,000 women discovered that liquid-based cytology, a usually used option to conventional Pap tests, is apparently not better than Pap tests for the recognition of cervical cancer precursors or cancer.

Owing to false-negative and false-positive test results, the papanicolaou (Pap) test is believed to be suboptimal. For the liquid-based cytology, the cervical cells are gathered with a conventional sampling device and cleaned into a vial with protection solution as opposed to being smeared on a slide. This was the background information that was provided. Regardless of several studies, some doubt apparently remains about its diagnostic correctness.

The trial comprised of around 89,784 women of ages ranging from 30 to 60 years who took part in the Dutch cervical screening program at roughly 246 family practices. About 122 practices were allocated to utilize liquid-based cytology and viewed around 49,222 patients. About 124 practices had to use the usual Pap test and screened some 40,562 patients. Patients were also seen for cervical intraepithelial neoplasia (CIN) and were followed up for roughly 18 months, through January 2008.

The authors commented, “The adjusted positive predictive value ratios, considered at several cytological cutoffs and for various outcomes of CIN did not differ significantly from unity. Because of randomization, it can plausibly be assumed that the prevalence of CIN was equal in both study groups. Therefore, the lack of difference in detection rates and PPV in this trial demonstrates that liquid-based cytology is neither more sensitive nor more specific in detecting cervical cancer precursors than the conventional Pap smear.”

The authors added, “As shown in a previous publication, no differences were found in the cytological test positivity rates between methods. Nevertheless, these cytological findings contribute insufficient evidence to claim equal diagnostic accuracy. Both the intention-to-treat and per protocol analyses demonstrated that liquid-based cytology was not superior to Pap test regarding detection rates of histologically confirmed outcomes. The same was found for the PPVs.”

The authors concluded by mentioning that altogether, these findings provide strong evidence that the performance of liquid-based cytology is not superior to that of the conventional Pap test when applied within a well-organized and quality-controlled cervical screening program.