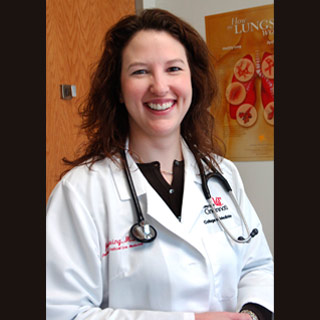 It is estimated that hundreds of novel pulmonary arterial hypertension (PAH) cases are diagnosed every year in the United States thereby pushing the total number of cases over the 200,000 mark. However, unfortunately this progressive disease which is often under-recognized and sometimes misdiagnosed seems to have no cure.

On the other hand, a novel study claims that there are latest treatments that could possibly improve the quality of life for some pulmonary hypertension sufferers. Pulmonary arterial hypertension is known to be a blood vessel disorder of the lungs in which pressure in the pulmonary arteries, the blood vessels that result from the heart to the lungs seems to increase above normal levels.

Its symptoms are believed to include chest pain, dizziness, fatigue and shortness of breath which can occur even during routine activities such as walking across the room. Jean Elwing was of the opinion that people suffering from pulmonary arterial hypertension mistakenly believe their symptoms are caused by aging, being out of shape or weight gain.

“Pulmonary arterial hypertension is a serious disease and can be life-threatening. Symptoms should not be ignored,” says Jean Elwing, MD, University of Cincinnati Health pulmonologist.

Two novel medicines namely Tyvaso (Treprostinil), an inhaled medication, and Adcirca (Tadalafil), an oral therapy were noted to have been recently approved by the U.S. Food and Drug Administration for the treatment of World Health Organization (WHO) Group 1 PAH.

Supposedly, WHO Group 1 cases include those that are idiopathic i.e. arising spontaneously, genetic or are associated with other diseases including lupus, rheumatoid arthritis, HIV and sickle cell anemia.

Elwing further stated that, “Tyvaso was approved for PAH therapy in July 2009. It is administered via a specialized nebulizer four times daily. It has been shown to increase exercise tolerance in PAH patients.”

She claims that Adcirca could be another treatment option that is taken once a day in the form of two tablets and has also been shown to improve patients’ exercise tolerance.

“Both of these medications treat the illness while allowing patients to lead active lifestyles,” she continues.

With Pulmonary Hypertension Month being observed in November, Elwing seems to urge the public to be aware of this treatable illness.

“PAH often goes unrecognized and is often undertreated. It is a chronic disease that requires close monitoring. The quicker we diagnose the illness, the sooner we can impact the patient’s quality of life. There’s no way to prevent the development of this illness. Recognition is the key,” she elucidates.

People should see a doctor if they may perhaps experience symptoms such as shortness of breath with minimal exertion, fatigue, decreased exercise tolerance, chest pain, dizzy spells and fainting.

It was believed that the average life expectancy for someone with untreated pulmonary arterial hypertension who is diagnosed in the later stages of the disease is merely about three years.

But if it’s detected in the early stages and treated, people may possibly live a semi-normal life. Also, echocardiograms are usually used to check for the illness, but heart catheterization could be required for confirmation.