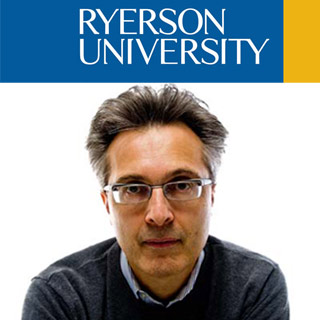 Attachment seems to be the child’s first approach in order to deal with stress. Per se, it plays a major role in one’s mental health as adults. It’s the age-old psychological mystery: nature against nurture. Are children more, less or equally affected by their genetics and the environment in which they grow up? Leslie Atkinson is believed to be working in order to progress one aspect of this often-perplexing question.

Currently, researchers from Ryerson University seem to examine the biological, psychological and social influences on human development. More so, this present research is known to analyze the concept of attachment namely the intense relationship between a child and his or her primary caregiver, generally the mother.

Supposedly, attachment assists babies in building confidence, encouraging them to explore their environment. Attachment is known to program a child psychosocially as well as physiologically. This research shows that poor attachment could possibly be linked to anxiety and depression, along with aggression and hostility.

Furthermore, attachment may perhaps affect the hypothalamic-pituitary-adrenal (HPA) axis. HPA axis is known to be one mechanism that controls reactions to stress, including the secretion of cortisol also called as the stress hormone.

Cortisol, in the right amount, appears to be crucial to the body. Additionally, it is involved in blood pressure, cardiovascular function, slows the immune system’s inflammatory response, maintains glucose levels, and assists in regulating the metabolism of proteins, carbohydrates and fats.

“Cortisol can also affect executive or higher-order cognitive functions – planning abilities, emotional regulation and memory. And it can affect one’s ‘attentional capacity’ – how well you can focus on things and drive out other distractions,” explains Professor of Psychology at Ryerson University, Leslie Atkinson, faculty supervisor in the Biopsychosocial Development Lab.

For the purpose of the research, Atkinson was believed to have recruited volunteer moms and babies from daycares and baby-focused trade shows. During each experiment, researchers seemed to have gathered saliva in order to measure the cortisol levels of the mothers and their children.

When the infant was six months old, researchers were noted to have observed the interactions between mother and baby. Further, they appear to have challenged the baby in some way. For instance, the mother may not emotionally react to the child.

However, at 15 months old, the challenge appears to involve taking away an attractive toy during a home visit. And at the age of 16 months, the experiment was believed to have taken inside the lab where the mom left the baby alone in a room for a short period.

Atkinson further said that, “During these experiments, we’ve found that babies under stress have the same cortisol response to stressors as their mothers, and that their mothers’ own early experience may contribute to this response. It’s a trans-generational response.”

“By raising awareness those early experiences affect brain development. We can inform the work of policy-makers as they allocate resources for programs aimed at prevention and early intervention in parents’ lives,” he adds.

The findings of the research revealed that when infants deal with stress that goes beyond their level of maturity, the HPA axis seems to secrete unusual levels of cortisol. Prolonged, atypical cortisol secretion may possibly be linked to numerous physical diseases and ailments, including diabetes, cancer and even the common cold.

However, he pointed out that existing environment also plays a role. The present response seems to depend on contemporary stressors as well as past ones. He anticipates that the trans-generational response could possibly be impacted via intervening with the parent. For instance, providing help with her or his parenting style and managing problems.