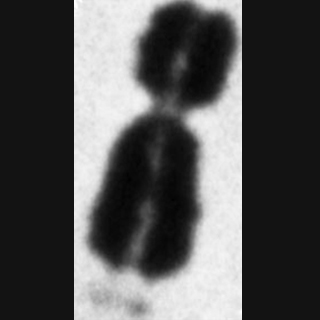 Scientists at Seaside Therapeutics in Cambridge, Massachusetts are believed to be starting a clinical trial of a possible medicine designed to correct a central neurochemical defect underlying Fragile X syndrome, the most ordinary inherited cause of intellectual disability. Till date there has been no medicine that could modify the disorder’s neurologic abnormalities. This study possibly will evaluate safety, tolerability, and optimal dosage in healthy volunteers.

This study is known to be the outcome of basic investigation that traced how an error in the Fragile X mental retardation gene (FMR1) leads to changes in brain connections, called synapses. The changes in turn seem to be the mechanism for learning deficits in Fragile X syndrome. The novel trial tests Seaside Therapeutics’ novel compound, STX107 selectively and potently seems to target the synaptic defect.

Thomas R. Insel, M.D., director of the National Institute of Mental Health said that, “This project is the culmination of years of fundamental research, first identifying the genetic mutation and later deciphering the biochemical consequences of this mutation. Now, with the initiation of this first clinical study, we move one step closer to understanding how this novel candidate may play a critical role in improving the lives of individuals with Fragile X Syndrome.”

Fragile X syndrome is known to be the most common inherited cause of intellectual disability. It is estimated to affect 1 in 4,000 males and 1 in 6,000 females. Apparently, the syndrome causes a series of developmental problems, including learning disabilities and cognitive impairment.

Moreover, people with Fragile X syndrome may perhaps have anxiety and attention deficit hyperactivity disorder (ADHD). Furthermore, nearly one-third of males with Fragile X syndrome seem to have autism or autistic-like behavior that affects communication and social interaction. It was observed that typically, males, who have only a single X chromosome, are more severely affected as compared to females.

People with Fragile X appear to have DNA mutations in the FMR1 gene that, in fact, turns off the gene. Study in recent years by lead author of the study, Mark Bear, Ph.D., Seaside’s scientific founder and a Howard Hughes Medical Institute investigator and a professor of neuroscience at the Massachusetts Institute of Technology, Cambridge, Massachusetts and his colleagues seem to have recognized the molecular consequences of this silencing of FMR1.

Normally, the protein product of the FMR1 gene is known to act in order to damp the synthesis of proteins at synapses. Supposedly, synapses are stimulated through a specific class of receptors on brain cells namely metabotropic glutamate receptors (mGluRs). Without the brake provided by FMR protein, synaptic protein synthesis could be excessive and connections may not be able to develop normally.

This basic study provided the basis on which medicines may be developed to possibly correct the defect. This existing study will perhaps focus on a compound, designated STX107 that selectively inhibits one type of mGluR receptor, namely mGluR5. Evidence in mice with Fragile X-like symptoms suggests that reducing levels of mGluR5 could possibly restore normal synaptic protein synthesis and improve function.

The initial phase 1 study of STX107 will involve healthy volunteers. If results suggest that the medicine is safe and tolerable, the study will perhaps progress to a phase 2 test of dosage and efficacy in adults with Fragile X syndrome. If STX107 shows significant results in adults, the compound will be assessed for pediatric safety prior to initiating clinical trials in children.