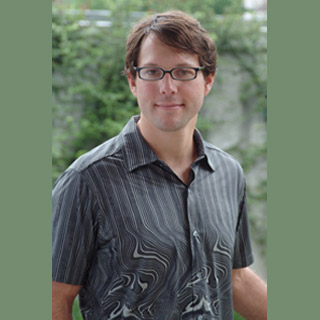 A team of scientists have recognized a mutation on human chromosome 16 that seems to significantly increase the chances for schizophrenia.

Apparently, they call this mutation as a copy number variant (CNV). CNVs are known to be areas of the genome where the number of gene copies differ between individuals. Also, the CNV appears to be located in a region referred to by scientists as 16p11.2.

For the purpose of the study, the authors were believed to have examined the genomes of approximately 4,551 patients and about 6,391 healthy individuals. In addition, they have shown that having one extra copy of this region may be associated with schizophrenia. The mutation identified in this study could possibly be a strong risk factor.

“In the general population this duplication is quite rare, occurring in roughly one in 5,000 persons. But for people that carry the extra copy, the risk of developing schizophrenia is increased by more than eight-fold,” says geneticist Jonathan Sebat, Ph.D., of Cold Spring Harbor Laboratory (CSHL).

This finding is known to be the newest in a series of studies that have pinpointed rare CNVs that present considerable risk of schizophrenia. Supposedly, others include deletions on chromosomes 1, 15 and 22.

“This is not the first time that the 16p11.2 region has caught our eye,” adds Sebat.

It was earlier spotted in a 2007 study by Professor Michael Wigler at CSHL that a deletion of the identical region appears to be recognized in a girl with autism. Studies by numerous other groups have shown that losing one copy of 16p11.2 may perhaps confer high risk of autism and other developmental disorders in children.

According to Sebat and his colleagues, when these studies are taken together, they propose that some genes could possibly be shared between schizophrenia and autism.

“In some ways, we might consider the two disorders to be at opposite ends of the same neurobiological process. And this process is influenced by the copy number of genes on chromosome 16,” says Shane McCarthy, Ph.D., the lead author of the study.

One hypothesis is that the loss of 16p11.2 seems to result in the deficiency of crucial genes involved in brain development. Whereas an extra copy of this region may have an opposed effect.

Sebat claimed that it is unknown what biological processes seemed to be affected by the copy number of 16p11.2. However, he believes that the team may have stumbled on to an important clue.

By analyzing the clinical records of patients, they found that patients with deletions of the region appear to have differed considerably in head size in contrast to those with duplications of the same region.

This study was called as ‘Microduplications of 16p11.2 are associated with schizophrenia.’

Popular supplements may not slow cartilage loss in arthritis