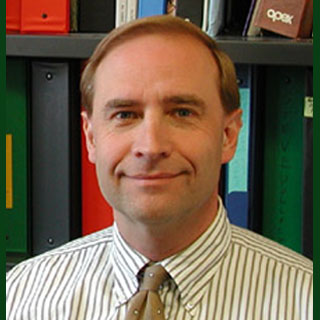 With flu vaccination season in full swing, research from the University of Rochester Medical Center cautions that use of many common pain killers namely Advil, Tylenol, and aspirin at the time of injection could possibly blunt the effect of the shot and have a negative effect on the immune system.

Researchers in the Czech Republic were believed to have reported similar findings in the journal, The Lancet. They found that giving acetaminophen, the active ingredient in Tylenol, to infants seems to weaken the immune response to vaccines. This latest research is known to have examined whether production of antibodies via a cell culture system was blunted by over-the-counter pain relievers.

“What we’ve been saying all along, and continue to stress, is that it’s probably not a good idea to take common, over-the-counter pain relievers for minor discomfort associated with vaccination. We have studied this question using virus particles, live virus, and different kinds of pain relievers, in human blood samples and in mice — and all of our research show that pain relievers interfere with the effect of the vaccine,” says Richard P. Phipps, Ph.D., professor of Environmental Medicine, Microbiology and Immunology, and of Pediatrics.

Apparently, several pain relievers in question are categorized as nonsteroidal anti-inflammatory drugs (NSAIDs) which act in part by blocking the cyclooxygenase-2 (cox-2) enzyme. However, blocking the cox-2 enzyme may not be a good idea in the context of vaccination because the cox-2 enzyme is essential for the optimal production of B-lymphocytes. Therefore, when a person takes a medicine in order to reduce pain and fever, he or she may perhaps also unintentionally decrease the ability of B cells to make antibodies.

Phipps further elucidated that, “NSAIDs are one of the most commonly used drugs; they are recommended for all age categories, are prescribed for relieving transient pain or in cases of serious inflammatory diseases. By decreasing antibody synthesis, NSAIDs also have the ability to weaken the immune system which can have serious consequences for children, the elderly and the immune-compromised patients.”

Phipps along with his colleagues also were noted to have demonstrated that timing of the administration of pain relievers appears to be crucial as well. For this purpose, they were believed to have exposed human cells and mice to ibuprofen, Tylenol, aspirin and naproxen (Aleve) in amounts comparable to doses commonly used by millions of Americans. Supposedly, Americans make use of these pain relievers every day in order to prevent or treat pain and fever, or arthritis, or to prevent heart attack and stroke.

The researchers found that treatment during the earliest stages of inflammation or when the first signs of pain, swelling, redness or fever would occur, it seemed to have the most harmful effects on the immune system. The findings of the research revealed that a variety of pain relievers, although Tylenol and Advil have different ingredients seemed to dilute the production of required antibodies in order to protect against illness.

It was observed that the connection between NSAIDs and antibody production is still being actively pursued. Phipps claimed that the researchers believe ibuprofen, in particular, may affect lymphocytes’ ability to produce antibodies. In the meantime, until a full clinical trial provides a clearer picture, Phipps advises regular users of NSAIDs to be aware of the hazards.

The findings of the research have been published in the journal, Cellular Immunology.