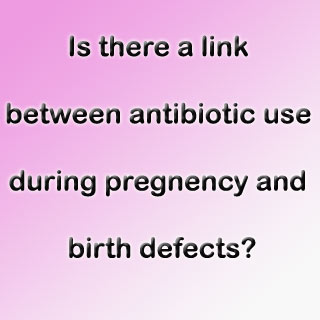 A study claims that penicillin and numerous other antibacterial medications usually consumed by pregnant women apparently do not seem to be linked to numerous birth defects. Nevertheless, different antibiotics like sulfonamides and nitrofurantoins, could be linked to various severe birth defects and need supplementary inspection.

Treating infections is apparently dangerous to the well-being of a mother and her baby. This was mentioned by the background information in the article. Consequently, bacteria-fighting medications are among the most frequently utilized drugs during pregnancy. Even though a few classes of antibiotics seem to have been used carefully during pregnancy, no large-scale studies have inspected well-being or risks apparently implicated in several classes of antibacterial medications.

Krista S. Crider, Ph.D., of the Centers for Disease Control and Prevention, Atlanta, and colleagues examined data from about 13,155 women whose pregnancies were apparently impacted by one of more than 30 birth defects. These details were gathered by observation programs in about 10 states as part of the National Birth Defects Prevention Study. The experts compared antibacterial use prior to and during pregnancy between these women and 4,941 randomly chosen control women who lived in the same geographical areas but whose babies were devoid of any birth defects.

Antibacterial use among all women apparently augmented during pregnancy and peaked during the third month. A sum of 3,863 mothers of children with birth defects and 1,467 control mothers apparently used antibacterials sometime between three months prior to pregnancy and the end of pregnancy.

The authors commented, “Reassuringly, penicillins, erythromycins and cephalosporins, although used commonly by pregnant women, were not associated with many birth defects.”

Two medications—sulfonamides and nitrofurantoins each used by 1.1 percent of cases and 0.9 percent of controls were apparently linked to numerous birth defects, signifying that extra study could be required before they can be carefully prescribed to pregnant women.

The study was published in the Archives of Pediatrics & Adolescent Medicine, one of the JAMA/Archives journals.