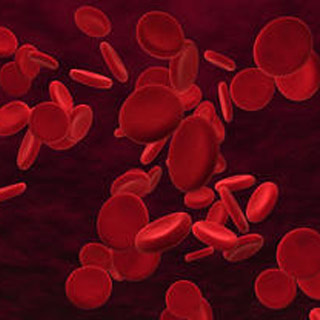 This news may prove beneficial to individuals with heart problems. An Oxford University study claims that a drug that elevates levels of ‘good’ cholesterol, when consumed as an add-on to usual statin therapy to lower ‘bad’ cholesterol, may decrease the furring up of arteries in patients suffering from recognized heart diseases.

Heart disease is still alleged to be the leading cause of death in the Western countries, and atherosclerosis i.e. the ‘furring up’ or hardening of arteries could be strongly associated with future heart attacks and strokes.

“This is the first clear evidence that a therapy to raise levels of good cholesterol when taken alongside statins can have a beneficial effect. Using MRI scans, we have shown a reduction in the size of artery walls in patients after a year of treatment with nicotinic acid. Our imaging study has identifying this as a very promising new prospect for treatment, and if the findings are borne out in ongoing larger studies this could benefit large numbers of people worldwide,” commented Dr Robin Choudhury of the Department of Cardiovascular Medicine at the University of Oxford, who led the study.

The usual treatment for patients suffering from atherosclerosis is to be prescribed statins. These drugs are apparently efficient in decreasing the threat of heart attacks and stroke and function by lessening levels of ‘bad’ cholesterol, or low-density lipoprotein (LDL) cholesterol, which could otherwise get deposited in the arteries.

Nicotinic acid, occasionally called as niacin, is thought to be one of the oldest drugs utilized for atherosclerosis and merely fell out of preference as statins gained importance. It is apparently acknowledged to lift levels of good cholesterol in the blood.

The Oxford team, along with colleagues from the University of Manchester, embarked to observe whether a high dose of nicotinic acid in addition to statins may influence the succession of atherosclerosis. They conducted this experiment though MRI to gauge any alterations in the thickness of the walls of the carotid artery, in particular, to other arteries and measures of chief blood vessel functions.

Around 71 patients, all with vascular disease, low levels of good cholesterol, and consuming statins as prescribed by their GPs, were assigned to be given either 2 g of nicotinic acid or placebo for one year. MRI scans were apparently performed before, following 6 months and post 12 months of the study.

Patients getting nicotinic acid for about a year illustrated a standard 23% boost in levels of good cholesterol in the blood and a drop in bad cholesterol of roughly 19%.

Dr. Choudhury mentioned, “For years we had always been taught that atherosclerosis was a relentless progressive disease. It is exciting to see a regression in established atherosclerosis.”

While this could be proof of a change that may be useful to patients, it is not a large-scale study of clinical results to illustrate whether consuming nicotinic acid adding to statins could in fact result in less heart attacks, strokes or decreased mortality.

The findings are published in the Journal of the American College of Cardiology.