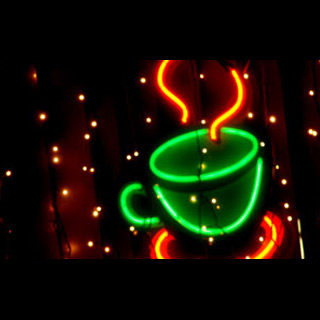 According to latest study, night-shift workers should avoid coffee in order to encourage better daytime sleep. Additionally, the study has discovered that the main byproduct of coffee namely caffeine seems to interfere with sleep and that side-effect tends to get worse as people age.

Twenty-four men and women were believed to have participated in the study. The participants were observed to have been divided into two groups namely one group aged 20 to 30, while a second group aged 45 to 60.

During the study, all of them seemed to have spent two sleepless nights inside the lab rooms before being allowed to sleep. Moreover, both groups of participants appear to have taken a pill three hours before sleeping that is either 200 milligrams of caffeine or a lactose-based placebo.

“Caffeine is the most widely used stimulant to counteract sleepiness, yet it has detrimental effects on the sleep of night-shift workers who must slumber during the day as their biological clock sends a strong wake-up signal. The older you get, the more affected your sleep will be by coffee,” mentioned lead author of the study, Julie Carrier, a Universite de Montreal psychology professor and an investigator at the affiliated Hopital du Sacre-Coeur Sleep Disorders Centre.

The study authors found that all subjects who consumed caffeine pills seem to have their sleep affected especially older participants who slept about 50 percent less than usual. Also, in both age groups, caffeine appears to have decreased sleep efficiency, sleep duration, slow-wave sleep (SWS) and REM sleep. The combined influence of age and caffeine could possibly have made the sleep of middle-aged subjects particularly susceptible to the circadian waking signal.

“We all know someone who claims to sleep like a baby after drinking an espresso. Although they may not notice it, their sleep will not be as deep and will likely be more perturbed,” says Professor Carrier.

Carrier suggests that lower brain synchronization which is caused by age and caffeine may perhaps produce bigger difficulty in superseding circadian waking signals during daytime and in turn results in fragmented sleep. Apparently, these findings have implications for the high proportion of the population using caffeine in order to cope with night work and jetlag, particularly among the middle-aged.

She recommends that everyone over 40 should cut their coffee consumption especially if they work at night. Her study is known to be built on latest findings that reducing coffee consumption seems to be the best way to improve sleep for the middle-aged.

The findings of the study have been published in the journal, Sleep Medicine.