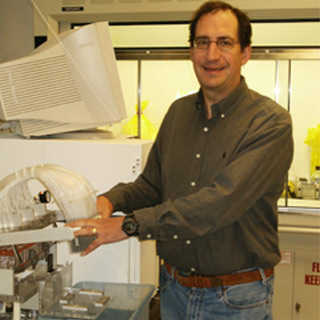 This study may prove to be a stepping stone for bigger issues. Experts from the University of North Carolina at Chapel Hill School of Medicine and the University of California, San Francisco have formed and experimentally examined a method to envisage new target diseases for present drugs.

The scientists created a computational technique that compares how alike the structures of all identified drugs are to the naturally happening compulsory partners called ligands i.e. of disease targets in the cell. The experts demonstrated that the technique forecasts likely new uses in addition to unforeseen side effects of approved drugs.

Senior study author Bryan Roth, M.D., Ph.D., professor of pharmacology and director of the National Institute of Mental Health Psychoactive Drug Screening Program at UNC, commented, “This approach uncovered interactions between drugs and targets that we never could have predicted simply by looking at the chemical structures. We may now have a way to predict what side effects are likely to occur from treatment before we even put a drug into clinical testing.”

Apparently several of the most successful drugs on the market are being prescribed for illnesses that are rather dissimilar from the ones they were initially intended to treat. Viagra, for example, was planned to treat coronary heart disease but now it is used to overcome erectile dysfunction. The finding of amazing uses of developed drugs may occasionally be the outcome of unanticipated side effects materializing from clinical trials. In the past, experts have apparently attempted to foresee drug interactions by looking for chemical likeness among the likely targets of pharmaceutical compounds.

Nevertheless, a few drug targets which apparently appear extremely alike to one another, attach very diverse ligands, and some targets that supposedly don’t have any apparent resemblance bind similar ligands. This was mentioned by Brian Shoichet, Ph.D., co-senior study author and professor of pharmaceutical chemistry at UCSF.

He further added, “So if instead we were to organize targets by the ligands they recognize, it could reveal different patterns than traditional approaches, and illuminate new opportunities for drugs to bind to unexpected targets.”

A set of researchers headed by Roth and Shoichet did exactly that, comparing the structures of 3,365 FDA-approved and investigational drugs against the structures of hundreds of targets, thereby describing every object by its ligands. They then sharpened in on thirty of the powerful predictions, thereby legalizing the definite physical interactions between the drugs and targets in wet laboratory experiments.

In one of their follow-up experiments, the experts looked into the molecular targets of the hallucinogenic substance dimethyltrytamine (DMT), which had apparently formerly been postulated to perform through a site called as the sigma-1 receptor. By means of the computational approach, Roth and colleagues discovered that DMT apparently had an elevated affinity for serotonin receptors, counting the binding site for LSD, a different hallucinogen. The experts also illustrated that the matter is hallucinogenic in usual mouse models but supposedly not in ones deficient of the serotonin receptor.

Roth, who is also a professor in the School of Pharmacy’s medicinal chemistry and natural products division, remarked, “Drugs are not as selective as we once thought. It turns out that the most non-selective drugs are frequently the most effective for complex diseases. Rather than ‘magic bullets,’ we need to come up with ‘magic shotguns’ that hit more than one molecular target at a time. We could use this computational approach to identify the drugs that hit the right targets and miss the wrong ones.”

Roth mentioned the control of their approach could be utilized to expose the real targets of pharmaceutical compounds rapidly and effectively, and may perhaps result in a superior understanding of the several molecular targets of every drug.

The study was published in the Nature.