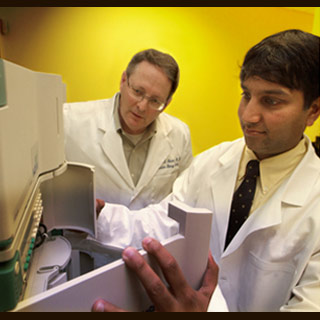 Scientists are believed to have recognized an essential player in a cascade that may possibly begin with stress and result into high blood pressure and kidney damage. This novel finding could lead to better ways to control both.

Medical College of Georgia scientists have found that endothelin seems to increase the number of T cells inside the kidneys, which helps in recruiting other immune cells thereby causing inflammation and destruction. Endothelin is known to be a powerful blood vessel constrictor and inflammatory peptide.

Inflammation seems to be a part of the normal healing process. In addition, it is increasingly being recognized as a major contributor to a variety of diseases from cancer to cardiovascular disease. It’s a subset of patients with mostly uncontrolled hypertension, probably because of a mixture of environment and genetics that may tend to have more inflammation in turn resulting to kidney damage.

“We think that endothelin somehow causes an increase in T cells which results in renal injury which makes the hypertension worse and harder to control,” says Dr. Karthik Krishnan, a Medical College of Georgia allergy/immunology fellow.

The process possibly begins in some people when stress, diet or other factors apparently increase levels of the hormone angiotensin II which in turn, increases endothelin levels. Angiotensin II is known to be another powerful blood vessel constrictor. However, the scientists appear to be unaware as to why endothelin increases T-cell levels in the kidneys.

“We are starting to look at inflammatory mediators or processes that make hypertension worse with the long-term goal of finding interventions or therapies to counteract these mediators and better control hypertension and prevent organ damage,” explains Dr. Krishnan says.

Co-author of the study, Dr. David Pollock, renal physiologist in MCG’s Vascular Biology Center said that standard urinalysis could be able to detect protein in the urine which is one of the first signs that the kidneys are not functioning properly. The body may possibly make use of all the protein it makes or consumes so that none of them show up in urine.

For the purpose of the study, mice with normal blood pressures were noted to have been given angiotensin II, which raised their blood pressure and the T cell count in their kidneys. However, when the study authors also gave an endothelin blocker, T cells numbers in the kidneys seem to have not increased. In order to ensure the findings, they appear to have given angiotensin II to mice that could not make endothelin and the T cell count stayed down.

Dr. Pollock was of the opinion that for susceptible individuals, endothelin blockers may perhaps help in avoiding the destruction. Moreover, these endothelin blockers seem to be already on the market for pulmonary hypertension and are under analysis for some other conditions that lead kidney failure.

“We’re optimistic that it’s important in other forms of renal disease. It looks like this could be useful for essentially anyone with protein in the urine. That’s what’s really exciting about it,” he continues.

Dr. Krishnan anticipates that making the endothelin connection will possibly one day assist in identifying these people before their kidneys get affected.

The findings of the study will be presented during the 2009 American College of Allergy, Asthma & Immunology Annual Meeting Nov. 5-9 in Miami.