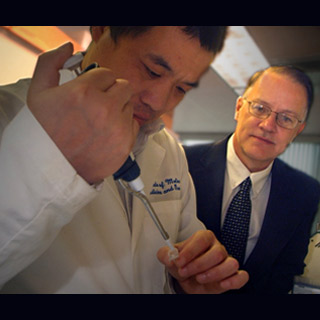 A latest study claims that for estrogen replacement to provide stroke protection, it should be given soon after levels drop because of menopause or surgical removal of the ovaries.

According to scientists from the Medical College of Georgia, North China Coal Medical University and the University of Texas Health Sciences Center at San Antonio, animal studies were believed to have indicated a ‘critical period’ for estrogen replacement. Also, that when therapy is postponed, estrogen receptors on brain cells seem to get considerably diminished along with the neuroprotection which estrogen typically conveys.

“We looked at the controversy over whether estrogen is going to be beneficial after long periods without it and found the answer appears to be ‘no,’” says corresponding author of the study, Dr. Darrell W. Brann, chief of MCG’s Developmental Neurobiology Program.

Apparently, the controversy which he is referencing resulted from the Women’s Health Initiative. This initiative is known to be a 12-year study of 161,808 women ages 50-79 that examined the health benefits of hormone replacement therapy.

The findings of this initiative revealed that estrogen and estrogen plus progesterone therapies actually seem to have increased stroke risk instead of decreasing it. Critics claimed that one problem with the study was that many of the women appear to have gone years without hormone replacement.

The animal studies signify that they may possibly be right, at least in terms of estrogen’s ability to protect the brain. Moreover, it focused on the hippocampus where scientists showed that estrogen could be strongly protective against stroke in rats that got estrogen one week after surgical removal of their ovaries. Hippocampus seems to be a center of learning and memory.

However, when replacement therapy was delayed by 10 weeks after removal which is equivalent to a couple of years of human life, estrogen appears to have been essentially ineffective. Further, a closer examination of the rats who went 10 weeks without estrogen showed alpha receptors which seems to have decreased by 50 percent or more. Alpha receptors are believed to mediate neuroprotective effects of estrogen.

“That is why the receptors could not respond. That seems to the fit the data that there is something estrogen is doing that is necessary to maintain the receptor at the proper levels,” says Dr. Brann, who also is associate director of MCG’s Institute of Molecular Medicine and Genetics.

The scientists found that interestingly, estrogen receptors appear to be still intact and receptive in the uterus which is another important estrogen target. However inside the brain, there seem to have been other signs of collateral damage from estrogen deficits. Additionally, CA3, an area of the hippocampus that tends to be stroke resistant seems to have become susceptible to stroke in rats that went long term without estrogen.

“Estrogen must be doing something that is very critical for the protection of CA3 and we think its suppressing NADPH oxidase production,” adds Dr. Brann.

NADHPH may perhaps have been found in high levels in the close by CA1 region, but in low levels in CA3. It is known to be the enzyme which makes the free radical superoxide. He further said that both regions appear to be critical to learning and memory.

When a stroke occurs, estrogen could possibly assist in suppressing free radical production in CA1, which can become fatal to cells at further increased levels. Moreover, the scientists found that CA1 and CA3 regions seem to be equally vulnerable to stroke in animals that went long periods without estrogen.

“If this is also true in humans, just using surgical menopause as an example, most women would be fine unless they came upon a severe stress,” explains Dr. Brann, noting that stress could be not just a stroke but even severe emotional stress or simple aging. In addition, it may explain why women who undergo surgical menopause seem to be at an increased risk of cognitive loss and dementia.

“That is what we are thinking based on this data,” says Dr. Brann.

Subsequent steps will perhaps include examining the state of estrogen receptors in the brains of naturally older rats which are equivalent to about age 70 in humans in order to notice what happens with normal age-related estrogen loss. Later, waiting a while, and then putting estrogen back to see if there is any benefit.

The scientists also want to inspect the neuroprotective benefits of estrogen made locally in the brain as compared to those made by ovaries, the largest estrogen source. In the past decade, scientists are believed to have learned that neurons and the supportive glia cells in the brain locally seem to produce estrogen through the enzyme aromatase. Supposedly, both men and women have estrogen receptors inside the brain and the scientific consensus is that men’s brains also produce estrogen.