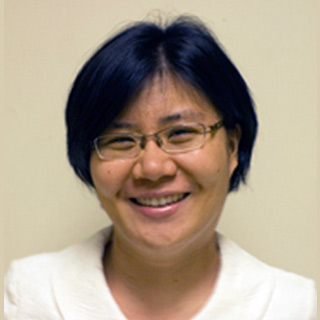 One of the many mysteries of Alzheimer’s disease is how amyloid-beta peptides could cause cell death thereby resulting into the disease’s devastating symptoms of memory loss and other mental difficulties. Amyloid-beta peptides are known to be protein-like snippets which bundle together to form plaques inside the brain. In order to answer that main question and develop novel approaches to prevent the damage, researchers must first understand how amyloid-beta appears to form the telltale clumps.

Researchers from the University of Michigan are believed to have developed latest molecular tools that can be used to investigate the process. Also the molecules appear to hold promise in treating Alzheimer’s disease.

Though the precise mechanism for amyloid-beta clump formation may not be known, researchers are aware that copper and zinc ions are in some way involved, not only in the aggregation process, but supposedly also in the resulting injury. Particularly, copper seems to have been implicated in generating reactive oxygen species which can cause cell damage.

According to the researcher, one method of examining the role of metals in the process may perhaps be via sopping up the metal ions with molecules called chelators. Further, noticing what could happen when the metal ions are out of the picture. When other researchers were noted to have done this, they found that chelators, by removing metals seem to hinder both amyloid beta clumping as well as the production of those harmful reactive oxygen species. This could perhaps signify that chelators may be helpful in Alzheimer’s disease treatment.

However, most recognized chelators may be unable to cross the blood-brain barrier thereby protecting the brain from harmful substances in the bloodstream. Apparently, blood-brain barrier is the barricade of cells that separates brain tissue from circulating blood. Moreover, most chelators seem to be accurate enough to aim only the metal ions in amyloid-beta. In addition, they appear to be just as possible to grab and disable metals carrying out crucial roles in other biological systems.

Lead researcher and assistant professor Mi Hee Lim along with her coworkers was believed to have used a novel strategy to develop ‘bi-functional’ small molecules that not only grab metal ions, but also interact with amyloid-beta.

“The idea is simple. We found molecules known for amyloid-beta recognition and then attached metal binding sites to them,” says Lim.

She further collaborated with Ayyalusamy Ramamoorthy, professor of chemistry and associate professor of biophysics and used NMR spectroscopy to confirm that the new, hybrid molecules appear to be still interacted with amyloid-beta. During the research, they were noted to have performed experiments in solutions with or without living cells.

The findings of the research showed that the bi-functional molecules seem to be able to regulate copper-induced amyloid-beta aggregation. This may have not only disrupted the formation of clumps, but also kept breaking up clumps that were already formed. In fact, their molecules appear to have performed better as compared to clioquinol. Clioquinol is known to be a clinically-available metal chelator that showed promise in early trials with Alzheimer’s patients, but has side effects that restrict its long-term use.

The findings of the research have been published in the Journal of the American Chemical Society.