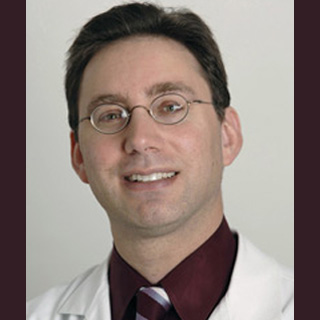 Scientists at Fox Chase Cancer Center have found that radiation treatment for women who had a lumpectomy for early-stage breast cancer may perhaps be safely reduced to four weeks, instead of the typical six to seven weeks. This could be decreased by means of delivering a higher daily dose which significantly reduces the length of treatment time.

The study showed that treatment time can possibly be reduced from the historical six to seven weeks to only four weeks via IMRT. It stands for intensity-modulated radiation therapy which is known to be an extremely sophisticated system of delivering external-beam radiation.

This system seems to make use of advanced computer optimized planning and radiation delivery techniques. Moreover, these techniques appear to create additional optimal dose distributions, greater sparing of the skin and lower doses to organs such as lung and heart thereby cutting down probable side effects.

“When delivering high doses of radiation, we have to consider the level of side effects and the cosmetic result. In this phase II study, women reported acceptable side effects that were no different than would be expected from a usual, more prolonged length of treatment. In addition, with long term follow-up we see cure rates and cosmetic results that are similar to a longer six-week treatment course,” elucidates Gary Freedman, MD, radiation oncologist at Fox Chase.

The study authors were noted to have examined the delivery of a higher daily dose of radiation over four weeks via IMRT, in contrast to a lower dose over six to seven weeks. One more way of decreasing treatment length seems to be by including a ‘boost’ into the same four weeks.

The lumpectomy site where the tumor was removed was observed to have been typically treated with a high-dose radiation ‘boost.’ Evidently, the standard ‘boost’ is usually administered after the five weeks of whole breast irradiation and can include another one to two weeks to the treatment time.

Freedman along with his colleagues was noted to have demonstrated that in addition to safely raising the dose to the whole breast during the four-week period, it may be possible to deliver the ‘boost’ alongside in turn removing the extra two weeks.

“This more accelerated treatment regimen should be an option for women who want to be treated in a shorter period of time. This may particularly appeal to women who drive a long distance for radiation, have busy schedules at home or work, or have large insurance co-pay for each daily radiation treatment,” he continues.

The study was believed to have included 75 women treated with 2.25 Gy for about 20 days as compared to 2 Gy per day with conventional therapy. Also, the study participants were treated with a 2.8 Gy boost concurrently in contrast to sequentially delivering the boost after whole breast irradiation.

The findings revealed that the likelihood of recurrence within five years in the treated breast appears to have been low i.e. 1.4% which compares favorably to findings with conventional radiation. Furthermore, patients and their physicians seem to have considered the cosmetic results good or excellent in most women.

Freedman cautioned that this treatment schedule could perhaps not be for all women. There may be patients who are uncomfortable with the thought of an accelerated treatment and want to be treated with a more usual six to seven week course of treatment. Besides, the study authors require more research in order to establish which women are perfect candidates for this treatment because of differences in anatomy or other treatments for their breast cancer.

The findings of the study have been presented at the annual meeting of the American Society for Radiation Oncology.