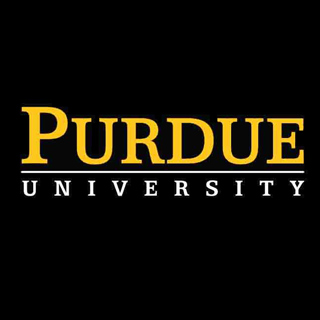 It has been observed that some birds seem to find an easy solution when they are not looking for a mate in the fall i.e. they just ignore love’s call by muting their hearing.

Purdue University biologists studying how both birds and humans adjust to noise have found that some bird species seem to have degraded hearing ability in the fall as well as in other select situations. Apparently, during fall birds do not mate. Jeffrey Lucas said that the findings may have possible implications for hearing loss in humans.

In the existing study, Lucas is known to be examining how birds adapt the accuracy of their hearing to seasonal changes in addition to disturbances in their environment. His work even goes so far as to suggest hearing ability seems to vary between the sexes.

“We’ve been thinking a lot about human hearing. The world is getting noisier as the environment gets more urbanized. Noise becomes much more important to understand,” says Jeffrey Lucas, a Purdue professor of biological sciences.

Birds serve as a good model for hearing study because of how they appear to learn vocalizations and adapt their hearing to behavioral changes induced by the changing of the seasons. For instance, during the fall, the reproductive activity of some birds supposedly comes to a standstill.

This behavior may cause certain birds to ‘down regulate,’ or decrease the precision of their hearing. Particularly, females tend to spend less energy in maintaining their auditory system in the fall because they are not looking, or more appropriately, listening, for a prospective mate. While it’s not known how birds alter their hearing ability, there are two factors believed to assist in elucidating the seasonal decrease in auditory performance.

Scientists know that messages, or impulses, sent spontaneously by nerves may perhaps decrease in frequency during the fall. It also appears that the hormone estrogen plays a role because of how it alters certain parts of the auditory system. For example, like hair cells in the inner ear that seems to convert sound to impulses.

“By understanding in the broadest sense how organisms adapt their hearing to their environment, we can get a better understanding about how our own hearing is adapted to our environment and how that hearing might change either for the good or for the bad,” explains Lucas.

The subsequent phase of Lucas’ study is to discover if hearing differences exist between the sexes. For the purpose of determining this, graduate student Megan Gall is known to be studying the hearing system of brown-headed cowbirds, a substantial pest to more than 200 species of birds. Moreover, the role of hearing seems to differ considerably between male and female cowbirds.

Males, on the other hand appear to make use of hearing mainly for interacting with female cowbirds. The study authors till now found that females seem to create a greater investment in hearing as compared to males do because they have to deal with a broad range of sounds produced by the host.

Lucas claimed that they have some data to suggest that females have much better hearing than males do over a broader range of frequencies. This appears to be exactly what they’d anticipate based on the contention that the female cowbird has to deal with a wide range of sounds than the male doesn’t have to deal with. Apparently, this gives the authors a much richer understanding of our own environment.

The findings of the study will be published in the Journal of Experimental Biology.