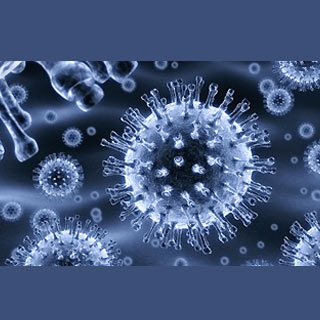 A new research from Yale University has formed synthetic molecules which apparently have the ability of improving the body’s immune response to HIV and HIV-infected cells, in addition to prostate cancer cells.

The molecules known as ‘antibody-recruiting molecule targeting HIV’ (ARM-H) and ‘antibody-recruiting molecule targeting prostate cancer’ (ARM-P) apparently function by fastening concurrently to an antibody already in the bloodstream and to proteins on HIV, HIV-infected cells or cancer cells. By covering these pathogens in antibodies, the molecules supposedly label them as danger and activate the body’s own immune response. In the case of ARM-H, by strapping to proteins on the exterior of the virus, they apparently also avert healthy human cells from being contaminated.

David Spiegel, Ph.D., M.D., assistant professor of chemistry and the corresponding author of both papers, commented, “Instead of trying to kill the pathogens directly, these molecules manipulate our immune system to do something it wouldn’t ordinarily do.”

Cancer and HIV are extremely hard to treat as both HIV and cancer apparently have techniques to avoid the body’s immune system. Present treatment alternatives for HIV and prostate cancer counting antiviral drugs, radiation and chemotherapy apparently entail severe side effects and are frequently futile against superior cases. While there are a few antibody drugs available, they are supposedly hard to generate in huge quantities and are quite expensive. They also must be injected and are apparently escorted by severe side effects of their own.

By contrast, the ARM-H and ARM-P molecules, which the team has supposedly started examining in mice, are structurally easy, economical to generate, and may apparently be consumed in pill form. And since they are doubtful to aim necessary biological processes in the body, the side effects could be lesser. These findings could result in new therapeutic approaches for these diseases.

The research was published in the Journal of the American Chemical Society.