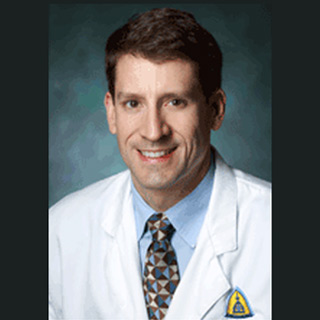 Study experts at Johns Hopkins and the U.S. National Institute on Aging (NIA) are believed to have said that healthy older adults free of heart disease need not fear that sessions of quick, irregular heartbeats may raise short or long-term risk of dying or having a heart attack. Apparently, these rapid, irregular heartbeats are generally brought on by vigorous exercise.

Fears surfaced after earlier studies have found that episodes of errant heart rhythms seem to increase more than twice the possibility of sudden death in people who have already suffered a heart attack. Errant heart rhythms are more formally known as non-sustained ventricular tachycardia.

For the purpose of the study, the team was believed to have examined the medical records of 2,234 at first healthy men and women who were in the ages 21 to 96 for on average 12 years. More so, the subjects participated in the NIA’s Baltimore Longitudinal Study of Aging. In adults with no earlier signs of heart disease, they found no unfavorable effects resulting from brief episodes of exercise-induced ventricular tachycardia.

In the study, each subject appears to have at least one exercise stress test performed before 2001. In addition, the test assessed the heart’s pumping ability of subjects whose average age at testing was 52. This analysis was done through walk or jog on a treadmill at rising speeds and inclines until they felt exhausted, about 10 minutes for the majority.

The findings of the study revealed that approximately eighty-one i.e. roughly 4 percent, 65 men and 16 women, mostly older participants seem to have experienced short periods of rapid, irregular heartbeats during exercise. Supposedly, these irregular heartbeats typically lasted from about three to six heartbeats, and at a rate hovering around 175 beats per minute.

Joseph Marine said that the study results should be able to ‘provide reassurance’ amongst apparently healthy middle-age and older people. In addition, such short episodes of ventricular tachycardia provoked on exercise testing may perhaps not have long-term consequences to health.

Lead author of the study and cardiologist Joseph Marine, M.D., an associate professor at the Johns Hopkins University School of Medicine and its Heart and Vascular Institute, said that, “So long as a medical examination shows no underlying heart disease or other serious health condition, then people should continue to live a normal lifestyle, including a return to exercise after clearance from their physician. Our results suggest that brief, non-sustained ventricular arrhythmia during exercise testing should, generally, not cause undue alarm in patients or physicians.”

Co-author of the study and Hopkins cardiologist Gary Gerstenblith, M.D, a professor at Johns Hopkins School of Medicine said that, “Most people who experience erratic heart rhythms during exercise and who have no underlying heart condition can be left alone, they do not need to be treated, and they can continue to exercise. However, patients with erratic heartbeats who are later found to have underlying coronary heart disease should refrain from arduous exercise until consulting with their physician about treatment with drugs and/or an implantable device to improve their heart function and to decrease the risk of dying from a potentially fatal heart rhythm.”

According to Marine, when suspicious about heart disease, health care providers should examine further for any signs of ischemia, arterial blockages, heart muscle disease or inherited risk of arrhythmia. However, if everything comes out negative for heart disease, then restrictions on exercise may not be needed. Indeed, regular exercise appears to have long been known to cut down on the likelihood of developing heart disease.

Gerstenblith further added that the latest study results may possibly assist physicians to better triage which patients to treat after incidents of exercise-induced tachycardia. Marine claimed that the subsequent steps in their study is to determine whether other arrhythmias brought on by exercise, such as atrial tachycardia seem to have any impact on future death or heart-attack rates or lead to other arrhythmias.

The findings of the study have been presented at the American Heart Association’s (AHA) annual Scientific Sessions in Orlando.