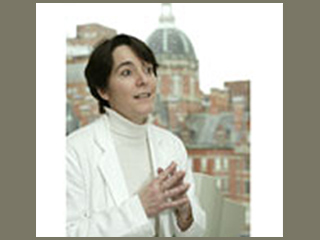 According to a new study, spot blood pressure readings in children with chronic kidney disease often seem to fail in detecting hypertension even during doctor’s office visits. This could increase a child’s likelihood for serious heart problems.

For the purpose of the study, the authors were believed to have compared blood pressure measurements achieved during regular doctor visits to readings obtained by means of a special device. This special device seems to have been worn by children at home. It automatically recorded their blood pressure every 20 minutes.

The study authors found that out of the 198 children in the study, approximately 40 percent seem to have ‘masked’ hypertension. Supposedly, this signified that their blood pressure was normal at the doctor’s office, but spiked outside of it.

“Taking blood pressure at the doctor’s office clearly misses many cases of masked hypertension. This means children with chronic kidney disease should have their blood pressure taken at home several times a day and regularly reported to their doctors,” says chief author of the study, Susan Furth, M.D., Ph.D., a pediatric nephrologist at Hopkins Children’s.

The authors were of the opinion that an overnight monitor, like the one used in the study, that automatically takes a child’s blood pressure every 20 minutes is great, but some insurance companies may perhaps not pay for it.

Lead author of the study, Mark Mitsnefes, M.D., M.S., from the Division of Nephrology and Hypertension at Cincinnati Children’s said that, “Our findings are a sobering reminder of something we have long known: Blood pressure changes constantly throughout the day. We really can’t rely on a single measurement as a valid indicator.”

Kidney disease in children is known to begin and develop silently. More than one-third i.e. 37 percent of kidney transplant patients in 2001 were noted to be between the ages of 20 and 44. In addition, majority of them seem to be prone to the disease in childhood.

The study authors estimated that nearly 650,000 Americans will develop end-stage renal disease by 2010. This may perhaps in turn cost the health care system approximately $28 billion each year.

The study authors recommend that all children with chronic kidney disease should get normal at-home readings of their blood pressure as well as those taken during their visits to the doctor. Although they appear to have used a different device in the study, authors say many blood pressure monitors sold at drug stores are reliable. However, parents should talk to a doctor before selecting one.

Moreover, children who have repeated episodes of high blood pressure should also obtain a baseline echocardiogram. This echocardiogram is known to be an ultrasound picture of the heart to assess heart muscle and function, and to get them every year thereafter.

The findings of the study have been published in the Journal of American Society of Nephrology.