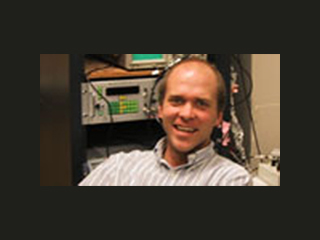 UCSF scientists examining fruit flies have discovered a novel function of a gene whose human equivalent may possibly play a vital role in schizophrenia.

Scientists have identified that the mutated form of the human gene gently seems to disrupt the transmission of chemical signals between nerve cells in the brain. Apparently, this human gene is one of the three constantly associated with schizophrenia.

However, the latest study appears to focus on genes involved in ‘adaptive plasticity.’ Supposedly, this adaptive plasticity is the capacity of nerve cells to compensate for a wide range of perturbations and go on to function normally. Moreover, it seems to suggest a role with a more remarkable impact.

Studies ranging from fruit flies to human are known to have shown that if a nerve cell is functionally impaired then the surrounding cells can balance and restore normal cell-to-cell communication. This type of ‘adaptive plasticity’ may stabilize brain function. However, the molecules involved seem to remain mainly unidentified.

Senior author of the study, Graeme Davis, PhD, Albert Bowers Endowed Professor and Chair of the Department of Biochemistry and Biophysics at UCSF said that, “Mutation of the gene completely prevented the capacity of the neural circuitry to respond to an experimental perturbation, to be adaptive. The dysbindin mutation was one of very few gene mutations that had this effect. The gene’s unique function suggests to us that impaired adaptive plasticity may have particular relevance to the cause or progression of schizophrenia.”

Lead author of the study, Dion K. Dickman, PhD, a postdoctoral fellow in the Davis lab, also discovered an added general insight into the mechanisms of adaptive plasticity. This is because they seem to be able to exclude the involvement of numerous genes that were earlier considered as candidate players.

The phenomenon of adaptive plasticity, a growing area of inquiry in the neurosciences, was noted to have been first recognized more than a decade ago. Early studies by Davis showed that when genes functioning in the fruit fly nervous system were mutated, the nervous system seems to compensate. In addition, the animals appeared extremely normal.

He further elucidated that, “It’s become clear that the nervous system is remarkably stable, but not as one might suspect. It is continuously responsive to a changing environment, which allows us to learn and remember and to respond to environmental change. There probably are many processes that are sensing the environment, continually updating neural function and neural structure in order to keep the brain stable. If we can understand how stability is maintained in the nervous system, perhaps we could understand what happens when stability is lost and disease ensues.”

“These are big questions that reach far beyond our current understanding of brain function. This is the power and importance of basic science. By studying fundamental questions, you can discover unexpected phenomenon and also create new perspectives for understanding existing diseases, even if the human genes are known,” continues Davis.

Davis is known to have investigated this and related phenomena at the neuromuscular junction in the fruit fly, or Drosophila melanogaster. Apparently, he is been inquiring how neural function is stabilized. In addition, he is asking how the physical connections between nerve cells appear to be stabilized and maintained all through life.

He would like to recognize how this process at times seems to fail and result in neurodegeneration, such as amyotrophic lateral sclerosis (ALS). The latest findings of the study may perhaps add a new dimension to the conversation about the origins of schizophrenia.

The findings of the study have been published in the journal, Science.