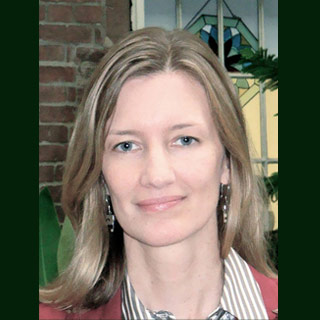 According to novel research from Butler Hospital and Brown University, children who suffer physical or emotional abuse could possibly be faced with increased cellular aging as adults.

For the purpose of better understanding this criterion, researchers were believed to have looked at twenty-two women and nine men between ages 18 and 64. Some of the subjects were noted to have no history of childhood maltreatment, but others said they had suffered either moderate or severe mistreatment as children. Further, the researchers measured DNA extracted from blood samples of these adults.

They seem to have found accelerated shortening of telomeres in those who stated to have suffered from maltreatment as children than to study participants who did not. Shorter telomere lengths are known to have been linked to a variety of aging-related medical conditions including heart disease and cancer. Telomeres are known to be the ‘caps’ on the end of chromosomes that encourage cellular stability. More so, they usually shorten with age.

“It tells us something. It gives us a hint that early developmental experiences may have profound effects on biology that can influence cellular mechanisms at a very basic level,” says lead researcher, Dr. Audrey Tyrka, an assistant professor of psychiatry and human behavior at The Warren Alpert Medical School of Brown University, and associate chief of the mood disorders program at Butler Hospital in Providence, R.I.

The research findings are known to be built on earlier research that recognized psychological stress and trauma as risk factors for a number of medical and psychiatric illnesses. Moreover, other research appears to have linked some of these psychiatric and medical problems with reduced telomere length. This study at present seems to establish a link between early psychosocial stress and shorter telomere length.

The findings also revealed that telomeres may perhaps shorten at a higher rate when exposed to toxins, such as radiation or cigarette smoke. In addition, the adults who endured mistreatment as children appear to have varied in terms of the type of trauma they stated. They seem to have experienced individually from emotional abuse, emotional neglect, physical neglect, physical abuse and sexual abuse.

Other researches were observed to have examined adult female caregivers who are responsible for children with developmental delays. This could possibly determine a link between accelerated telomere shortening and the higher stress levels the caregivers faced. Also, this may be the foremost attempt to consider telomere length in relation to childhood mistreatment.

“We don’t know what the full implications of this are yet. Shorter telomere lengths are linked to aging and certain diseases, so it is possible that this is a mechanism of risk for illness following childhood abuse. But the precise role of telomeres in this process remains to be determined,” elucidates Tyrka.

Researchers were of the opinion that the early findings seem to be convincing, because they examined adults who were otherwise healthy and had not had any recent or past psychiatric disorders. Moreover, the early data appears to show strong links between childhood stress and the accelerated shortening of telomeres. The findings of the research apparently draw a direct association between childhood psychological trauma and accelerated decrease in the size of telomeres.

The findings of the research have been published in the journal Biological Psychiatry.