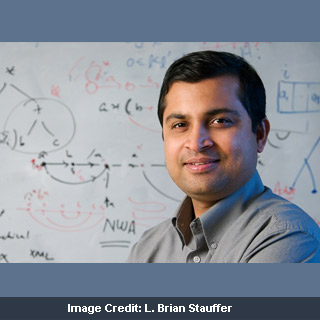 Researchers at the University of Illinois are believed to have developed a latest statistical technique. Supposedly this technique will permit scientists to examine a genome for specific gene-regulatory regions without involving earlier data of the applicable transcription factors. Also, this technique is known to have been experimentally validated in both the mouse genome and the fruit fly genome.

The researchers were noted to have carried out wide cross-validation tests representing hundreds of modules in the mouse genome and in the fruit fly genome. Additionally, seven predictions may have been experimentally confirmed via genetic techniques. This could demonstrate the effectiveness of the method for mammalian and insect genomes.

Saurabh Sinha, a professor of computer science and an affiliate of the university’s Institute for Genomic Biology says, “Our statistical approach is more widely applicable than other approaches, and is especially useful for investigating gene regulatory networks with relatively little prior characterization.”

Appropriate gene regulation could possibly depend upon certain combinations of molecules being attached to segments of DNA at the correct place and at the correct time. Such combinatorial regulation may perhaps be the most recognized theme in animal development.

Starting with a small list of sample cis-regulatory module sequences obtained via genetic assays, the computer algorithms apparently look for genome-wide for other sequences with similar-looking binding sites and similar functionality.

Sinha further said that, “Given a representative subset of cis-regulatory module sequences, we should be able to predict most of the other modules. Ultimately, the task is to draw a complete picture of what molecules are sitting where, and what combination of molecules is controlling each gene.”

Presently, Sinha and his colleagues from the U. of I., the University of Cambridge and the State University of New York appear to be working on thermodynamics-based models for possible use in predicting cis-regulatory modules in different species.

The findings of the research have been published in the journal, Developmental Cell.

Just 20 minutes of Weekly Housework can Boost up Your Mental...