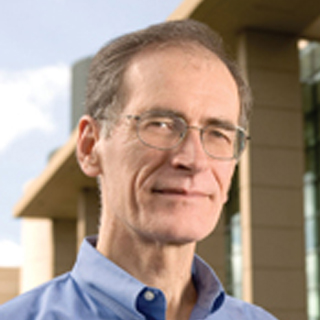 A new National Institutes of Health study headed by Stanford University School of Medicine expert Mark Hlatky, MD, claims that several patients suffering from diabetes ought to give up angioplasties for heart disease and simply consume medicine instead.

Preceding study had supposedly illustrated that patients suffering from type-2 diabetes and mild-to-moderate heart disease apparently have no decrease in danger for heart attacks, strokes or death if they undergo an angioplasty as opposed to just consuming the correct medications. The latest study demonstrated that there seems to be considerable cost savings in sticking with drug treatment, with a supposed standard savings of $11,000 per patient over four years.

Hlatky, professor of health research and policy and of cardiovascular medicine, commented, “For patients with relatively mild symptoms of heart disease, angioplasty is clearly more expensive and it’s clearly not more beneficial.”

The information is a result of the NIH’s Bypass Angioplasty Revascularization Investigation in Type 2 Diabetes study known as BARI 2D, which trailed the health of apparently more than 2,000 patients for about five years. During the trial, the patients were given intensive drug therapy as per approved clinical guidelines, with utilization of statins, aspirin, beta-blockers and either ACE inhibitors or angiotensin-receptor blockers. The cost-effectiveness discoveries are alleged to be based on the hoarded expenditures over four-year duration.

Angioplasty had supposedly been pitted against drug therapy in the COURAGE trial. That outcome of the trial as the BARI 2D study suggested that for patients suffering from mild-to-moderate heart disease symptoms, angioplasty and drug treatment are believed to be uniformly effectual in averting ensuing heart attacks and death.

The NIH study is said to have concentrated on patients with type-2 diabetes, as they appeared to have an elevated threat of cardiovascular disease as compared to those without diabetes and seem to have a bigger danger of heart attack and death from heart disease even if their symptoms are comparatively mild. The conclusion found was that for diabetic patients suffering from mild-to-moderate symptoms, medication may be effective and also angioplasty and at far less expenditure.

Hlatky remarked, “Once you see a blocked artery on an angiogram, there’s an overwhelming desire to fix it. You want to see it look better, so you want to go open it up — but what’s really important is the patient’s risk of dying and stroke. And modern medical therapy is really effective, and works just as well as angioplasty for a lot of patients.”

He observed that the present health-care reimbursement system apparently motivates the utilization of procedures over drug treatment. The experts supposedly evaluated the expenditures of the diverse approaches by counting up medical bills over the first four years of the study, as well as costs for hospitalizations, doctors’ visits, drugs, tests and nursing home placements. The median charge of treatment for all patients in the study was claimed to be $70,000 over four years.

The study also evaluated the value of bypass surgery and two dissimilar methods to treating diabetes. Bypass surgery is said to be more costly as compared to drug treatment, running $20,000 more over four years on average. But while surgery appears to be more pricey than drug treatment, for patients with acute heart symptoms it could be cost-effective, since individuals with more grave coronary disease suitable for bypass surgery were thought to have considerably less chances to have a heart attack or stroke, or die as opposed to patients treated with drugs alone.

The two diverse methods to diabetes that were examined i.e. drugs that could develop the body’s response to insulin against drugs that may augment the delivery of insulin apparently had similar costs over four years. BARI 2D had formerly illustrated that medical efficiency of these approaches to drug treatment was supposedly alike too.

The report is published in the journal Circulation.