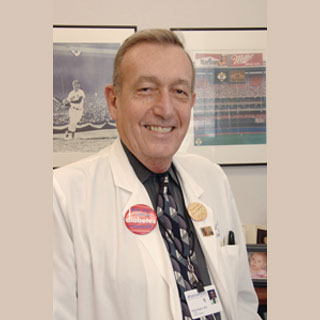 Scores of people all over the globe appear to suffer from diabetes. Just yesterday we had reported about a new research that offered enhanced prognosis for those suffering from type 2 diabetes and heart disease.

Here’s a piece of news that may benefit individuals suffering from type 1 diabetes. Researchers from UT Southwestern conveyed that an FDA-approved drug called rituximab may help slow the destruction of insulin-producing cells in patients who may have recently been diagnosed with type 1 diabetes which is insulin-independent. The drug is claimed to already being used in the treatment of autoimmune disorders.

Formerly known as juvenile diabetes patients with type 1 diabetes suffer from destruction of cells in the pancreas called beta cells. These cells produce insulin and their destruction may be due to an autoimmune process.

Along with investigators from 14 other centers globally, researchers from UT Southwestern observed that injecting patients with rituximab eased beta cell destruction of individuals newly diagnosed with type 1 diabetes for at least a year. This, the experts suggest may hold a potential treatment option and could possibly enhance management. Besides, it may also lower long-term complications of the disease.

“Our findings in no way suggest that rituximab should be used as a treatment or that it will eliminate the need for daily insulin injections,” said Dr. Raskin, principal investigator of the trial’s local effort and professor of internal medicine at UT Southwestern. “This is not a cure for type 1 diabetes. The results do, however, provide evidence that B cells play a significant role in type 1 diabetes and that selective suppression of these B cells may deter the destruction of the body’s beta cells.”

Earlier research seems to have revealed two types of immune cells namely B and T that aid in triggering type 1 diabetes. While T cells were found to attack and destroy the insulin-generating beta cells, B cells did not directly attack the insulin-producing cells. The B cells, researchers have contemplated could be triggering T cells to attack. Rituximab, experts indicate could be attacking and destroying beta cells straight away.

As part of the present analysis, scientists administered a randomized, double-blind trial that included around 81 patients. Once a week for four weeks, the subjects received infusions of either rituximab or a placebo. The participants ranging between the ages of 8 to 40 years had apparently been diagnosed with type 1 diabetes within 100 days of enrollment in the research. They returned nearly every three months for two years to undergo blood tests and meet with a physician. Approximately two-thirds of the 81 participants received the drug.

Researchers discovered that after nearly one year, the patients who had been administered rituximab required lower doses of insulin and supposedly were also capable of producing more of their own insulin. This was against those who had received the placebo. Besides, they were also found to have improved control of their blood sugar.

Researchers, Dr. Raskin mentioned may not think rituximab could ever be used to completely reverse type 1 diabetes. It is mainly because by the time diabetes is diagnosed, the pancreas is typically too damaged. He further shares that though the appropriate mechanism of how rituximab affects type 1 diabetes remains unclear, the analysis seems to reveal that a therapy that targets B cells may improve beta-cell function in early type 1 diabetes.

Dr. Raskin intends to evaluate the potential effects of rituximab in diabetes as the next step.

The research appears online and in the most recent New England Journal of Medicine.