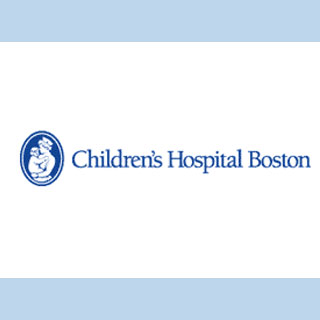 Just yesterday we had reported about the increased risk of H1N1 for children with sickle disease. Scientists from Children’s Hospital Boston seem to have found a new approach to sickle-cell disease. This new genetic path seems to have showed promising results in mice. The investigators discovered that silencing a gene could boost the production of a dormant, fetal form of hemoglobin.

The experts associated with the study claim to have inactivated a gene they had earlier found to be critical in the lab. Upon inactivation, they were able to increase the production of a healthy fetal form of hemoglobin in the mice. For the defective adult hemoglobin, this could be potentially compensating. This is mainly because this hemoglobin may cause red blood cells to ‘sickle’ and block blood flow.

Babies appear to switch from generating the fetal form of hemoglobin to producing the adult form just shortly after birth. The fetal form is known to be the protein inside red blood cells while adult form may be the type that is affected in sickle cell disease. Apparently people who retain the ability to produce fetal hemoglobin have since a long time been kwon to have much milder disease.

The Children’s scientists in earlier studies along with collaborators seem to have found the involvement of a gene named BCL11A in this switching off of fetal hemoglobin production in adults. On working with genetically engineered mice, they could further explore if the switch could be turned back on to lessen the disease.

Inactivation of the BCL11A gene appears to have resulted in robust expression of gamma-globin in embryonic mice. Gamma-globin is supposedly the long protein chains that comprise of the fetal form of hemoglobin. This was observed in the course of late gestation where this fetal type constituted over 90 percent of the globin.

Inactivation of the BCL11A gene in the blood system of adult mice that were about 8-10 weeks old seems to have led to more than a 1,000-fold boost in gamma-globin production. As compared to the control mice, this increase was found in bone marrow erythroblasts which are apparently the precursors to red blood cells. Up until the mice were 25 weeks old, this augmentation was observed to have been quick and consistent during the experiments.
With collaborators at the Broad Institute of Harvard and MIT, this line of analysis commenced with comprehensive gene association studies published in 2008. Involving 1600 patients with sickle cell disease, the studies seem to have recognized five DNA sequence variants that associate with fetal hemoglobin levels.

Experts are of the opinion that BCL11A, on chromosome 2 had the largest effect. Later Orkin and Vijay Sankaran, an MD-PhD student seemed to have worked together to show that this gene may be directly suppressing fetal hemoglobin production.

According to the Orkin, if these preliminary results hold true in human studies also then inactivation of BCL11A could also aid patients suffering from thalassemia which is yet another blood disorder.

The study was presented at the American Society for Hematology meeting in New Orleans, at a Plenary Scientific Session by first author Jian Xu, PhD.