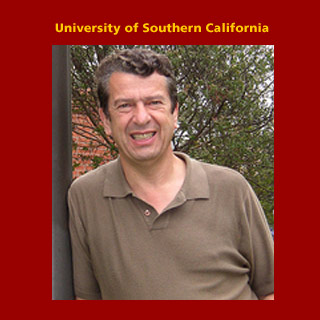 Until now, we have probably always known estrogen to be linked to the female reproductive system. However an interesting study by neuroscientists at USC and the Western University of Health Sciences suggest that estrogen could be functioning as a middleman in its positive effect on the brain. Appearing to act through another chemical, it may excite parts of the brain dedicated to learning and memory.

This new study seems to raise the chances of future drugs bypassing the hormone which is also thought to be carcinogenic while hoping to reap its benefits. Estrogen is believed to have a split-personality. While appearing to safe-guard neural circuits and enhance learning and memory, in high doses it could augment the risks of cancer.

The neuroscientists found the hormone to act through another chemical called calpain. The latter protein was discovered to have played an essential part in learning and memory since a seminal paper in 1984 by Baudry and Gary Lynch of the University of California, Irvine on the biochemistry of memory. Experiments by present investigators on mice appear to have verified that the hormone stimulates certain parts of the brain that boost memory and learning.

“We show very clearly that it does activate the same machinery that is activated during learning and memory,” mentioned Michel Baudry, professor of neurobiology at USC College, senior co-author of the study.

According to the author, the hormonal description of estrogen probably needs to be revisited. Apparently not working as a slowly diffusing hormone, estrogen acting through calpain could be functioning as a neurotransmitter. It may be having a more powerful and close to immediate effect on the brain. Estrogen was compared to adrenalin by the expert. Adrenalin is known to be a substance that appears to acts like a hormone in most parts of the body while functioning as a neurotransmitter in the brain.

“It’s not a hormonal effect. It’s a synaptic modulator. It completely changes the way we look at estrogen in the brain,” Baudry added

Supposedly that change could result in improved drugs against Alzheimer’s and other neurodegenerative diseases, suggests USC graduate student and lead author Sohila Zadran.

To possibly avert the risks linked to hormone therapy, drug developers in the future may choose to target calpain directly. Apparently had Baudry’s team not clearly explained the mechanism of estrogen’s action, this strategy would not have been possible.

The study is published online in the Proceedings of the National Academy of Sciences (PNAS).