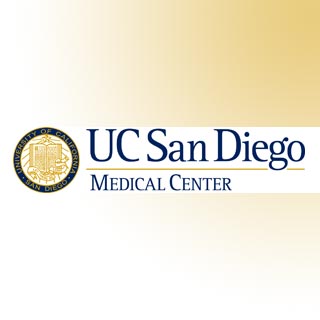 All through primate and human evolution, the brain size is claimed to have expanded considerably in relation to body size. It now appears that microcephaly genes could be associated with human brain size. Researchers from the University of Oslo, the University of California, San Diego and Scripps Translational Science Institute in La Jolla, California reveal that common differences in genes linked to microcephaly may offer an understanding in the variations of brain sizes. This could be for both healthy individuals and those with neurological and psychiatric disorders.

Microcephaly is known to be a neuro-developmental disorder in which brain size is dramatically reduced. In proportion to body size, the brain of modern humans is believed to be nearly three times larger as compared to non-human primates. It has been observed that the cerebral cortex specifically has undergone a dramatic augmentation in surface area during primate evolution.

Researchers associated with this finding suggest that the microcephaly genes have been key candidates for a role in in the evolutionary expansion of the human brain. This could be mainly because mutations in these genes may have the ability to lower brain size by about two-thirds. It could decrease to a size roughly comparable to our early hominid ancestors. Apparently for of the genes namely ASPM, CDK5RAP2 and CENPJ appear to have evolved quickly. They seem to have been subject to strong selective pressure in modern human evolution.

“It is obvious that such anatomical changes must have a basis in genetic alterations,” said Lars M. Rimol, a research fellow at the University of Oslo. “Until now, little has been known about the molecular processes involved in this evolution and their genetic underpinnings. Now we have a piece of that genetic puzzle.”
Many MRI studies in the past have attempted to exhibit a possible association between single polymorphisms in these genes and brain size of healthy human adults. All of them are claimed to have been unsuccessful. The research team suggests that the present analysis could be successful thanks to two distinct characteristics.

The first one was claimed to be the use of the entire genome scan so that the scientists could access a bizarre number of polymorphisms, including non-coding regions outside of the gene itself. The second reason claims to be that the scientists could estimate cortical surface area with the help of software capable of reconstructing the cortical surface. Based on volumetric MR scans, this enabled them to acquire highly precise measurements of cortical thickness and areal expansion. The software is believed to have been developed by Anders Dale, PhD, professor of Radiology and Neurosciences at the UC San Diego School of Medicine, who headed the American branch of the research team.

“The most statistically significant associations were consistently found with the areal expansion measure, which has implications also for future studies,” mentioned Dale.

In a sample of around 289 psychiatric patients and controls from the Norwegian Thematically Organized Psychosis research project (TOP), the scientists seem to have made the initial discovery. Led by Ole Andreassen from the University of Oslo, principal investigator of the Norwegian branch of the international research team, the researchers then replicated the most noteworthy findings in a sample of 655 healthy and demented patients from the Alzheimer’s Disease Neuroimaging Initiative (ADNI). The latter is considered to be the largest Alzheimer’s disease study ever funded by the National Institutes of Health.

While the Norwegian sample seemed to be ethnically homogenous; the ADNI sample was observed to be ethnically diverse. The researchers reveal that the finding of reported associations across two independent studies, including healthy controls and various patient groups could in fact demonstrate that these effects were likely to be independent of population or disease. The team claim to have found highly significant links between cortical surface area and polymorphisms in possible regulatory regions close to the gene CDK5RAP2.

The gene is known to code for a protein involved in cell-cycle regulation in neuronal progenitor cells. These are cells that are found to migrate to the cerebral cortex during the second trimester of gestation. They eventually appear to become fully functioning neurons. The cerebral cortex that is believed to be the most highly developed part of the human brain is also known to be responsible for higher cognitive functions. These include thinking, perceiving, producing and understanding language. Besides, some of these are considered to be distinctly human.

“One particularly interesting feature of this new discovery is that the strongest links with cortical area were found in regulatory regions, rather than coding regions of the genes,” remarked Andreassen. “One upshot of this may be that in order to further understand the molecular and evolutionary processes that have determined human brain size, we need to focus on regulatory processes rather than further functional characterization of the proteins of these genes. This has huge implications for future research on the link between genetics and brain morphology.”

Two other microcephaly genes MCPH1 and ASPM were observed to show identical yet less significant findings for polymorphisms. The team further shares that all the findings were exclusive to either males or females. Nevertheless, the functional significance of this sex-segregated effect is could not really be explained.

These findings will be published online in the Proceedings of the National Academy of Science.