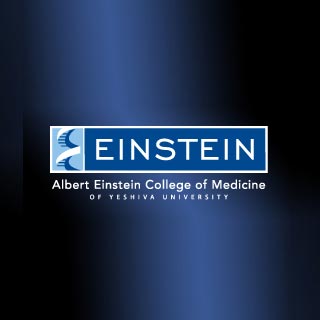 Earlier this month, we had reported about how most antidepressants seem to be missing the key target of clinical depression. New findings hint at yet another alarming risk. According to the Women’s Health Initiative Study by an Albert Einstein College scientist and colleagues from Massachusetts General Hospital, Harvard Medical School and others postmenopausal women who take antidepressants may face a small yet significantly increased risk of stroke and death.

Statistically, postmenopausal women appear to be at an augmented risk as compared to those who do not take the drugs. As part of the study, the experts closely investigated data from nearly 136,293 study participants, who were aged between 50 and 79. Followed for an average of six years, these participants were apparently not taking antidepressants when they enrolled in the study.

The principal investigator in the Women’s Health Initiative is senior author Sylvia Wassertheil-Smoller, Ph.D., a division head of epidemiology and professor of epidemiology & population health at Albert Einstein College of Medicine of Yeshiva University.

On delving further, the scientists uncovered that there was no particular difference in coronary heart disease which is defined as fatal and non-fatal heart attacks. However, a significant difference in stroke rates was observed by them. Apparently individuals who took antidepressants had 45 percent more chances of experience strokes as against women who weren’t taking antidepressants. Overall, the death rates mainly all-cause mortality when compared between the two groups also showed similar results. Those on antidepressants were 32 percent more likely to die from all causes compared with non-users.

Dr. Wassertheil-Smoller further noted that the overall risk for women antidepressant users was relatively small. Women taking the drugs seemingly showed a 0.43 percent risk of stroke annually versus a 0.3 percent annual risk of stroke for women not on antidepressants. The scientist is of the opinion that the large prescription of antidepressants in the U.S. especially among postmenopausal women could have significant implications for large patient populations in spite of the small increase risk.

The authors however caution that it is not really clear from the data whether antidepressants could be the sole reason for greater mortaility rate among users. Apparently the association in older women could also be attributed to the underlying depression. Several studies claim to have found that depression itself could be a risk factor for cardiovascular problems.

The experts tried to control for depression’s effects in their analysis. However they seemed to have been unable to rule out the possibility that underlying depression in the antidepressant group could be contributing to their increased stroke risk. Supposedly no difference in stroke risk was observed between the two major classes of antidepressants. These were selective serotonin reuptake inhibitors (SSRIs) or tricyclic antidepressants (TCAs). The SSRIs however did not seem to convey a higher risk of hemorrhagic stroke that is caused by a bleed in the brain.

Nevertheless scientists associated with the study indicate a number of limitations to their findings. Claimed to be an observational study, the findings may not be as conclusive of causality as would be the case for a randomized controlled trial. Besides, since the WHI study mainly comprised of older white women, the findings might not extend to other groups.

Valuable drugs that treat a condition that could be debilitating or even fatal, antidepressants should be taken with care. Dr. Wassertheil-Smoller additionally advises women concerned about taking antidepressants on the basis of this present study to consult the matter with their physicians.

The study appears in the December 14 online edition of Archives of Internal Medicine.