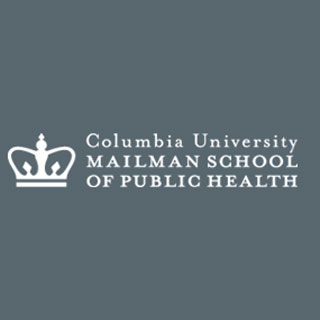 According to the investigators, racial and ethnic disparities in cancer survival seem to be greatest for cancers that have the potential to be detected early. Being able to treat them successfully, it also appears to include breast and prostate cancer. For cancers that seem to have limited early detection and treatment options like pancreatic and lung cancer, the disparities were found to be small or nonexistent.

These findings seemingly bring to light the requirement of special health policies and interventions that efficiently address social disparities. Earlier studies have been centered upon factors that seem to contribute to disparities in specific cancers. The Mailman School scientists’ goal in this study though seems to have been the understanding of why racial/ethnic disparities may arise in some cancers but not others.

For the study, the team used data from over 580,000 cancer cases in the National Cancer Institute’s Surveillance, Epidemiology, and End Results (SEER) registries. They then compared racial/ethnic differences in survival across a spectrum of cancers. The cancers were classified according to their five-year relative survival rates. It seemed to have been an evaluation of how cooperative each cancer was to medical interventions.

“Our findings may seem counterintuitive at first since medical advances in the last few decades have resulted in substantial improvements in cancer survival for most racial/ethnic population groups. However, this enhanced capacity to successfully treat certain cancers, when combined with the social disadvantage faced by many minorities, can lead to greater relative differences in cancer survival by race and ethnicity,” commented Parisa Tehranifar, DrPH, assistant professor of Epidemiology, a member of the Herbert Irving Comprehensive Cancer Center (HICCC) at Columbia University Medical Center/NewYork-Presbyterian Hospital and the Mailman School of Public Health’s Center for the Study of Social Inequalities in Health and lead author of the paper.

“If we are correct in our interpretation that these disparities emerge as a result of greater utilization of available interventions by socially advantaged groups, it follows that interventions that are easy to access and use, and do not rely heavily on personal resources such as educational and income levels, may have the greatest potential for reducing cancer and other health disparities,” observed Dr. Tehranifar.

“Our cancer prevention and treatment efforts should continue to advance our public health and medical capacity for lowering the burden of cancer and mortality. However, we must also pay close attention to how the benefits of our medical advances are distributed in the population, and implement specific strategies that can reduce cancer disparities,” further added Mary Beth Terry, PhD, associate professor of Epidemiology, a co-leader of the Cancer Epidemiology Program at the Herbert Irving Comprehensive Cancer Center (HICCC) at Columbia University Medical Center/NewYork-Presbyterian Hospital, and senior author of the paper.

As medical interventions enhance the overall survival, the authors speculate that racial/ethnic disparities could also increase. This could be because individuals with more socioeconomic resources were in a better position to take advantage of medical advances to safeguard their health. On delving further, the experts found that in comparison with whites, substantial survival disparities appeared to have existed in more treatable cancers in African-Americans, American Indians/Alaska Natives, Hispanics, and many subgroups of the Asian/Pacific Islander population.

The findings are published in the October 2009 issue of Cancer Epidemiology, Biomarkers, and Prevention.