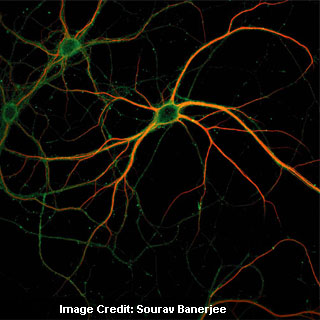 Ever wondered what happens inside our brain when it stores content as a record? While there have been innumerable studies in the past that have seemingly demystified the formation of memories, here’s one that elucidates the encoding of memories by the brain at a cellular level. Scientists at UC Santa Barbara claim to have made this important discovery.

The UCSB scientists reveal that their finding on how the brain encodes memories could eventually lead to the development of new drugs to help memory. Supposedly, the first to reveal a central process that could be involved in memory encoding, the team explains the method at the level of the synapse, where neurons appear to connect with each other.

“When we learn new things, when we store memories, there are a number of things that have to happen. One of the most important processes is that the synapses –– which cement those memories into place –– have to be strengthened,” shared senior author Kenneth S. Kosik, co-director and Harriman Chair in Neuroscience Research, at UCSB’s Neuroscience Research Institute. . “In strengthening a synapse you build a connection, and certain synapses are encoding a memory. Those synapses have to be strengthened so that memory is in place and stays there. Strengthening synapses is a very important part of learning. What we have found appears to be one part of how that happens.”

Kosik is a leading researcher in the area of Alzheimer’s disease.

Formation of new proteins is believed to be involved in the part of strengthening a synapse. Making it stronger, these proteins are known to build the synapse. Quite similar to exercising when novel proteins are expected to build muscle mass, synapses must also generate more protein when they record memories. This research claims to have discovered the regulation and control of that very process.

Researchers reveal that the production of new proteins is possible only when the RNA required to make the proteins is turned on. The RNA is supposedly ‘locked up’ until then by a silencing molecule namely the micro RNA. Apparently the RNA and micro RNA are a part of a bundle that packs in various other proteins.

“When something comes into your brain –– a thought, some sort of stimulus, you see something interesting, you hear some music –– synapses get activated,” remarked Kosik. “What happens next is really interesting, but to follow the pathway our experiments moved to cultured neurons. When synapses got activated, one of the proteins wrapped around that silencing complex gets degraded.”

On arrival of the signal, the covering protein seemingly degrades or appears to get fragmented. This may suddenly make the RNA free for the synthesis of a new protein.

“One reason why this is interesting is that scientists have been perplexed for some time as to why, when synapses are strengthened, you need to have proteins degrade and also make new proteins,” further explained Kosik. “You have the degradation of proteins going on side by side with the synthesis of new proteins. So we have now resolved this paradox. We show that protein degradation and synthesis go hand in hand. The degradation permits the synthesis to occur. That’s the elegant scientific finding that comes out of this.”

The researchers additionally claim to have observed some of the specific proteins that could be engaged in synthesis. CaM Kinase and Lypla are two of them that are supposedly identified on paper. As part of the experiment, the scientists reveal to have taken live neuron cells from rats to observe them under a high-resolution microscope. This approach allowed the team to view the synapses and the places where proteins are being made.

The finding is published in the December 24, 2009 issue of the journal Neuron.