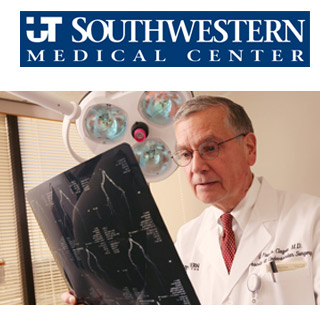 Experts from UT Southwestern Medical Center claim to have used an innovative vascular surgical technique to replace aortic grafts that were infected. They reveal to have done this using the body’s own veins which proved to be more durable and also less prone to new infection in comparison to similar procedures that utilize synthetic and cadaver grafts.

Apparently aortic graft infections are considered to be one of the most serious complications in patients who undergo aortic grafting procedures for peripheral arterial disease (PAD) and aortic aneurysms. While PAD is known to decrease blood circulation in the pelvis and lower extremities, aortic aneurysms could lead weakening of the aortic wall. The latter disorder may thus cause lethal rupture of the aorta.

Most of the times, patients with PAD and aortic aneurysms are in need of surgery and aortic grafting procedures. For this normally synthetic grafts are considered to be the first line of treatment. In patients with PAD, the procedure claims to restore blood circulation to the legs. For patients with aneurysm, it may take the place of the weakened aortic wall and avert rupture.

This process involves synthetic grafts made of Dacron which is a polyester material. These are placed in the aorta and femoral arteries in the abdomen and groin which feed blood to the legs. However, the grafts apparently become infected in approximately 1 percent to 2 percent of these patients. This complication may cause amputation and death if left untreated.

Now, Dr. G. Patrick Clagett, chief of vascular surgery at UT Southwestern and immediate past president of the Society for Vascular Surgery claims to have pioneered a technique called the neo-aortoiliac system (NAIS). Repairing these aortic-graft infections, the procedure involves removal of the infected graft to replace it with sections of femoral-popliteal veins. These veins had been harvested from the patient’s thighs instead of another synthetic graft or vessels harvested from human cadavers.

Dr. Clagett and his team provided a report on 187 patients at UT Southwestern treated for aortic graft infections. These patients were believed to have undergone the NAIS procedure from 1990 to 2006. Supposedly the largest group of such patients ever studied, the scientists discovered that the incidence of re-infection was lower in the procedure. In addition it also led to superior durability along with much lower long-term amputation rates when pitted against other operations that treated this condition.

“This operation has gained favor worldwide in the treatment of this devastating condition,” remarked Dr. Clagett. “Since performing the first operation here in the 1990s, we have accumulated data over the years and have found this procedure to be far superior in overall patient outcomes.”

Dr Clagett is of the opinion that simply replacing the old Dacron graft with a new synthetic graft could result in devastating infection of the new one. Furthermore, his team and others also seem to have uncovered the new synthetic or cadaver grafts to have a tendency of developing clots and new blockages.

“When we use the patient’s own tissue to construct a new graft, it provides an advantage because they are less likely to form clots within the graft and less likely to develop new blockages,” Dr. Clagett said. “Patients also need fewer subsequent procedures, a common problem with the other treatments for this complication.”

He further elucidates that patients who have the NAIS procedure may no longer need to be on lifelong antibiotic therapy. Apparently the use of patients’ own tissue to tailor the aortic reconstruction eliminates the possibility of presence of a foreign material prone to re-infection.

The recent study is published in the Journal of Vascular Surgery.