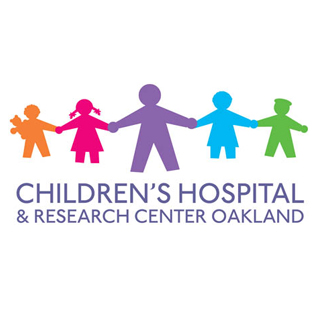 Gorlin syndrome is said to be an uncommon, autosomal leading cancer syndrome. Patients with this syndrome are believed to frequently have irregularities of multiple organs, several of which are subtle. A new study claims that people suffering from this inherited disorder of the skin, who are hereditarily disposed to develop cell carcinoma of the skin could have the possibility of a novel chemoprevention therapy.

As per the outcome of a placebo-controlled, randomized, double-blind, Phase II study, the application of celecoxib appeared to be effectual in slowing down the growth of basal cell carcinomas in a comparatively uncommon group of patients who seem to be extremely vulnerable to carcinoma.

Celecoxib, promoted under the brand name of Celebrex by Pfizer Inc., is said to be a non-steroidal anti-inflammatory drug (NSAID). People suffering from Gorlin syndrome could usually develop hundreds or even thousands of basal cell carcinomas in their entire life.

Ervin H. Epstein Jr., M.D., senior scientist at the Children’s Hospital of Oakland Research Institute, Oakland, Calif., mentioned that the objective of this study was to decrease the amount of basal cell carcinomas in patients with this uncommon disorder who could be at risk for developing this type of cancer.

Epstein commented, “The underlying idea is if we can find something in these high-risk patients that could be translatable to the ‘normal’ population, then we could ultimately use that form of chemoprevention to reduce the numbers of skin cancer in all people.”

Epstein and colleagues supposedly allocated around 60 patients with basal cell carcinoma to be given either 200 mg of oral celecoxib twice a day or placebo. Subsequent to around two years, people who were given placebo appeared to have a 50 percent augment in basal cell carcinoma for each year as opposed to a 20 percent raise among those who received celecoxib.

Epstien mentioned, “We found some beneficial effect of preventing tumors in patients treated with the NSAID.”

In addition, there seemed to be no dissimilarity in the speed or acuteness of side effects between patients in any of the two groups.

In the same January edition of Cancer Prevention Research, Charles M. Rudin, M.D., Ph.D, associate director for clinical research at the Sidney Kimmel Comprehensive Cancer Center, Johns Hopkins, remarked, “This new study of cyclooxygenase inhibition, together with recent data on the efficacy of the hedgehog pathway inhibition, offer new hope for patients at a high risk for basal cell cancer. Basal cell carcinoma is an incredibly common disease, far and away the most common cancer in people. The potential for a therapy that would impact the incidence of this would be huge.”

Rudin mentioned that the clinical outcomes of this study apparently do not seem to have an instant effect on patients with basal cell carcinoma. Epstein and colleagues have supposedly set an example for upcoming clinical trials.

Even though the outcomes of this study exhibited affirmative results in decreasing cancer, Epstein proposed that certain apprehensions remain about the possible cardiovascular side effects like stroke or heart attack that could be linked to this drug. Apparently additional studies are required to authenticate the security and effectiveness of the utilization of celecoxib in this population.

The findings were published in the January issue of Cancer Prevention Research, a journal of the American Association for Cancer Research.