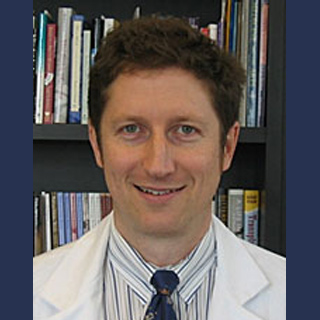 Lung patients may gain useful insights about their condition and what it might lead to. A study from Columbia University Medical Center claims that the heart’s potential to pump efficiently may be reduced among people with a common lung disease, even in individuals with no or mild symptoms. The study is alleged to be the first to exhibit a powerful association between heart function and mild COPD (chronic obstructive pulmonary disease).

COPD is said to be the fourth top cause of death in the US. This condition is believed to be powerfully linked to smoking. COPD may frequently cause loss of lung tissue, known as emphysema, in addition to tapering airways, unrelenting cough, and mucus production, called chronic obstructive bronchitis. Both of these abnormalities seem to damage the movement of air in the lungs and make breathing more complicated as time passes.

“Heart failure caused by lung disease is well documented in patients with severe COPD, but was not thought to occur in patients with mild COPD. We found that there appears to be a linear relationship between lung function and heart function, and even a small hit to the lungs negatively affects heart function as well,” commented Graham Barr, M.D., Dr. PH, assistant professor of medicine and epidemiology at Columbia University Medical Center, an internist at NewYork-Presbyterian Hospital/Columbia, principal investigator of the MESA Lung Study, and lead author of the paper,

Susan B. Shurin, M.D., acting director of the National Heart, Lung, and Blood Institute (NHLBI) of the National Institutes of Health, mentioned, “This study shows that COPD, even in its mildest form, is associated with diminished heart function. We now have evidence that the presence of even mild COPD may have important health implications beyond the lungs.”

By means of breathing tests and imaging examinations of the chest, the study authors gauged heart and lung structure and function in around 2,816 adults whose average age was 61 years. They appeared to be quite fit, health wise. Study subjects were from the MESA Lung Study, an expansion of the Multi-Ethnic Study of Atherosclerosis (MESA). Via magnetic resonance imaging (MRI) and computed tomography (CT) scans, the experts discovered slight irregularities in both heart as well as lung function in several subjects.

Dr. Barr remarked, “We demonstrated that even mild COPD is associated with subclinical reductions in heart function, probably since not enough blood is entering the heart due to vascular problems in the lungs. This phenomenon is well described in very severe lung disease but is appreciated for the first time in mild and subclinical COPD and emphysema.”

The relation between lung and heart function was apparently discovered to be the most powerful in present smokers, in whom vascular impairment may be predominantly ordinary, and particularly in those with emphysema. Nevertheless, the relationship also emerged in subjects with mild emphysema who had not smoked cigarettes at all in their life.

Dr. Barr quoted, “This study suggests that damage to the vasculature in the lungs may affect heart function and contribute to lung disease; we know that smoking causes vascular damage, which causes end-organ disease in the kidneys and brain. Our next step is to directly measure vascular damage in the lungs and then determine whether cardiac therapies may help treat lung disease, and vice versa.”

The bigger MESA project included around 7,000 middle-aged and elder men and women from six city communities across the US. Volunteers in MESA arrived from different race and cultural groups, counting African Americans, Latinos, Asians and Caucasians. Since the MESA study population is believed to be racially varied and encompasses a wide age range of apparently healthy people, the outcomes of this study could be extensively pertinent to the universal U.S. population.

James P. Kiley., director of the NHLBI Division of Lung Diseases, remarked, “COPD is one of the big killers in the United States, yet it is unknown to many. Unfortunately, many people with COPD don’t recognize common symptoms such as having shortness of breath while doing activities they used to be able to do, so it’s important that we continue to increase awareness of the signs of COPD and available treatments.”

Apparently, 1 in 5 Americans who are more than 45 years suffer from COPD, but several of them may not even be aware of it. Study authors have known for quite some time that acute levels of COPD could have injurious impact on the heart, thereby diminishing its capability to pump blood efficiently. The new outcomes appear to propose that these alterations in the heart may arise much before than formerly thought, in mild cases of emphysema and COPD, even before symptoms emerge. Even though impairment to the airways from COPD cannot be completely reversible, treatments may considerably enhance a patient’s everyday life.