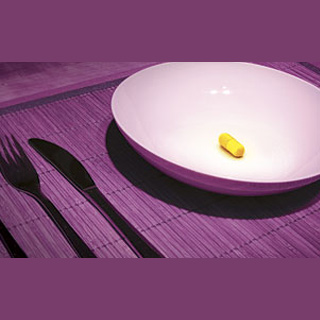 People who are on the heavier side may find this news to be quite useful. A research team from University of Montreal is said to be producing a pill made of leptin, the protein that advises the brain to stop eating.

Leptin appears to adjust appetite in mammals and its levels seem to reduce while fasting and increases during meals. Apparently, it has been established to be an appetite suppressant when taken intravenously to pathologically overweight people.

“Mice deprived of leptin will not stop eating. They become so big they have trouble moving around,” commented, Moïse Bendayan, a pathology professor at the Université de Montréal Faculty of Medicine who has studied the leptin protein at length.

“Taken orally, such a pill would provide obese people with the sensation of being full. They would eat less and in turn lose weight,” mentioned, Postdoctoral student Philippe Cammisotto, who is heading the charge for a leptin-based, appetite suppressing pill with Dr. Bendayan and Émile Levy, a professor from the Department of Nutrition.

Bendayan remarked, “We hope to start animal testing in 2010. The molecule is easy to synthesize and the protocol is ready. Obesity is a big problem in our society, no pun intended. To develop medication to combat obesity would be a great way for our laboratory to contribute to public health.”

The novel pill is apparently being formed based on an astonishing Université de Montréal finding from 2006 that apparently leptin isn’t only discharged by fatty tissues.

Bendayan quoted, “From the first bite of any meal, leptin levels skyrocket in the bloodstream. Yet this has nothing to do with the leptin stored in the fatty tissues. In the lab, we proved that up to 80 percent of cells in our stomach also produce leptin. Those are the ones that regulate appetite.”

The Universite de Montreal discovery appears to have resulted in a diverse comprehension of how the protein functions, as leptin alone may not survive in an acidic stomach devoid of help.

Indeed, leptin could shield itself with an assistant that performs as its bodyguard and escorts the protein through the digestive system until it may be immersed into the bloodstream.