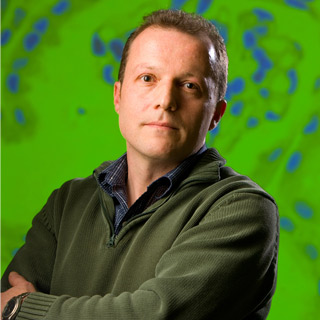 Extensive researches on cancer are conducted every day. Scientists from all over the world seem to be putting their blood and sweat in discovering more about this debilitating disease. Biologists from University at Buffalo claim to have detected an enzyme that appears to degrade a vital protein present in cancers of both adults as well as children.

The findings may result in more effectual therapies for cancers in which the protein i.e. Wilms’ tumor 1 (WT1) may be present in addition to an enhanced comprehension of how childhood and adult cancers vary.

“This is the first study to show that treatment of cultured cancer cells with chemotherapeutic drugs can cause destruction of the Wilms’ tumor 1 by an enzyme called HtrA2/Omi,” commented, Stefan Roberts, PhD, assistant professor of biological sciences in the UB College of Arts and Sciences and lead author on the paper.

Roberts added, “We found that when cells are treated with etoposide, a common chemotherapeutic agent, HtrA2 breaks down Wilms’ tumor 1 into tiny pieces. The chemotherapy agent is somehow switching on the HtrA2 enzyme, which then destroys Wilms’ tumor 1.”

This could be good for several adult cancers like breast, lung and a few leukemias, where Wilms’ tumor 1 seems to perform as an oncogene, stimulating cancerous development.

Roberts mentioned, “By eliminating WT1, we found that the cells in these lines became more sensitive to the chemotherapeutic drugs and died more quickly. So since having WT1 in tumor cells is associated with poor outcomes, then eliminating it makes the cancer more sensitive to drugs, possibly requiring less drug and resulting in fewer side effects.”

These features can make HtrA2 as a possible good applicant for drug design. But it may turn out that WT1 is apparently not constantly a bad thing for tumors. In particular childhood cancers, it may function as a tumor suppressor and not as an oncogene.

Roberts remarked, “Since this is the case with Wilms’ tumor, a childhood cancer of the kidney, this finding creates the necessity for identifying and using drugs in these cancers that won’t eliminate WT1.”

Roberts’ lab, which apparently focuses on gene regulation is said to be investigating as to what alters the function of WT1, thereby making it a tumor suppressor in a few instances and an oncogene in others.

The findings were published in the current issue of Molecular Cell.