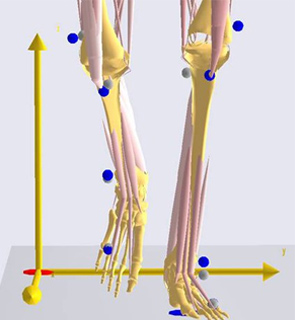 With, technological advancements in the field of medicine progressing by the second, this news should hardly come as a surprise. Scientists from the University of Twente’s MIRA research institute, UMC St Radboud and several other institutions have supposedly crafted an extremely thorough computer model of the musculoskeletal system of the lower half of the human body.

Physicians may utilize this model to augment their preparations for surgery, and even to practice these procedures before by means of Virtual Reality. The model could be tailored for different patients. Hip prosthesis revision surgery and operations to get rid of tumors may include the loss of portions of bones or muscles. At such times, muscles could be occasionally repositioned to improve the patient’s functional capabilities.

When trying to figure out where to attach these muscles, physicians may generally depend on their instinct and knowledge. Apparently, there are presently no appropriate models able to precisely envisage how the muscle may work after surgery or rehabilitation. In several cases, it could be indistinct whether the patient may walk normally post surgery.

To modify the model to an individual patient, MRI scans are used. This supposedly crafts an exclusive model for every particular patient. Via these personalized models in a Virtual Reality setting, surgeons can chart out surgical procedures prior to the operation. The method may separately choose the most favorable location for muscle connection. It could forecast the outcomes of specific alternatives. If so necessary, surgeons may even replicate complete operations before using a Virtual Reality environment.

The computer model is said to be connected to an automatic navigation system that seems to be utilized during surgery. This appears to guarantee that the place chosen by the system as the best possible site for muscle attachment may in fact be used in the patient in question. The scientists pit this system against the satnav system. The method enables the surgeon to accurately view how particular muscles ought to be relocated so as to optimize the patient’s musculoskeletal system.

As per Prof. Nico Verdonschot and Prof. Bart Koopman, who are part of the research team, the power of the basic musculoskeletal model appears to remain in its precision, which is about five times higher as opposed to present models.

The system is believed to be based on a solo, steady dataset. This signifies that the body of a single person may be utilized as a foundation while present models are said to be crafted of parts of different bodies. Every feature of this person’s muscles, bones, tendons and attachments are apparently charted and digitized.

The model is supposedly being created under the name TLEMsafe (TLEM stands for Twente Lower Extremity Model). This model appears to tackle only the lower half of the body, but a similar technique may eventually be assumed for other parts of the body.

The scientists anticipate their model to be complete in 4 years. It could then be ready for clinical tests. Nonetheless, the researchers are of the opinion that it may be feasible to make practical use of a range of piecemeal solutions before then.