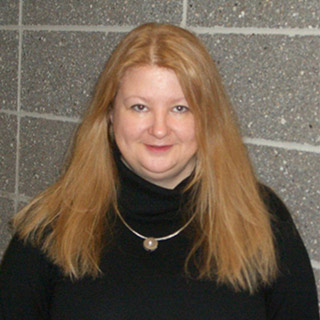 It has been known for quite some time by researchers that elevated blood sugar levels from diabetes may impair blood vessels in the eye, but they were apparently unaware of the reason. But now scientists from Michigan State University have supposedly found the procedure that could be the reason for retinal cells to die. This may result in novel treatments that could stop the impairment.

Diabetic retinopathy is claimed to be a general side effect of diabetes and the principal reason from blindness among young adults in the US. It is approximated that around 40 percent and 45 percent of people detected with diabetes may have some amount of diabetic retinopathy.

Investigation by Susanne Mohr, MSU associate professor of physiology, seems to have discovered that siah-1 protein is generated by the body when blood sugar levels are elevated. She then found that the siah-1 protein may be like a kind of chauffeur for another protein, glyceraldehyde-3-phosphate dehydrogenase (GAPDH), transferring the GAPDH into the nucleus of Müller cells, special cells that are exposed to blood vessels in the eye. When GAPDH hoards in their nuclei, the Müller cells die, which could result in the vascular impairment linked to diabetic retinopathy.

Mohr explained, “Our earlier research showed that high glucose levels cause GAPDH to accumulate in the nuclei of Müller cells in the retina. But we weren’t sure how the GAPDH was getting in there. It doesn’t contain any of the necessary signaling motifs. I read about the siah-1 protein and cell death in white blood cells in a Nature paper, so we decided to investigate them. We had no idea if the siah-1 protein was even in the retina.”

Moreover, Mohr’s research discovered that lowering levels of siah-1 proteins apparently halted GAPDH from shifting into the nuclei of Müller cells, which appears to have stopped them from dying.

Mohr remarked, “We know that we can’t regulate production of GAPDH because it’s necessary for producing energy throughout the body. But since siah-1 is produced only when glucose levels are high, regulating it doesn’t cause any problems. If we can figure out how to stop siah-1 production, it may lead to new treatments for diabetic retinopathy.”

Mohr is of the opinion that halting GAPDH from shifting into Müller cell nuclei could be significant in stopping the development of diabetic retinopathy. Nevertheless, even after glucose levels are lowered and are steady in diabetics, GAPDH apparently carries on amassing in Müller cell nuclei. So the retinal damage may continue deteriorating, now more slowly.

Mohr mentioned that if one keeps GAPDH out of the nuclei, they may be able to completely stop diabetic retinopathy. Their next step is to figure out if both the GAPHD and the siah-1 proteins have to be together in a complex to cause cell death.

The research was published in the Journal of Biological Chemistry.

No Link between Mobile Phones and Cancer: Reveals Study