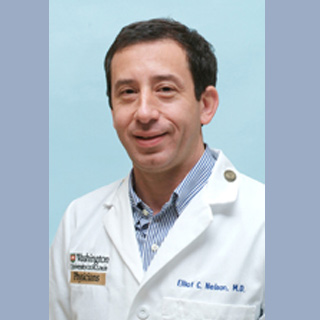 A research from Washington University School of Medicine in St. Louis claims that exposure to acute stress early in life may augment the threat of alcohol and drug addiction. But astonishingly, a few adults who were sexually abused as children and thus at elevated danger for alcohol issues may bear gene variants that seem to guard them from intense drinking and its consequences.

Scientists allege that the result may assist the growth of therapies for alcohol dependence by providing proposals for targeted treatments based on genetic traits and history of exposure to acute stressors. Researchers approximate that partially the danger for alcoholism seems to be determined in an individual’s genes. The remaining appears to be from environmental aspects like age at first drink and contact to tremendous stress.

Other research apparently proposed that when the environmental threat issues seem to take place during vital durations of brain development, genes and environment working jointly may augment the possibility of a person turning out to be alcohol dependent. Child sexual abuse is claimed to be one of the environmental stressors that may communicate with genes to considerably boost the odds for alcohol problems.

Scientists allege that individuals with a specific pattern of genetic markers could be shielded against alcohol troubles, even if they were sexually abused as children. These people appear to carry a team of genetic variations that is named as H2 haplotype. It is apparently a generally occurring pattern of gene variants that appear to be statistically linked to one another so that when scientists discover some genetic markers, they could effectively forecast what other genetic variations may take place within a certain area of DNA.

Elliot C. Nelson, M.D., lead author of the research, commented, “We looked at how genes and environment interact. Our analysis included both sexual abuse and information about the DNA region that carries the H2 haplotype. People who carry that genetic pattern were protected against the risks for alcohol consumption and alcohol dependence typically associated with sexual abuse.”

Other sexual abuse victims in the study supposedly had the different genetic pattern called H1 haplotype. Those persons appeared to have three times the danger of heavy drinking and alcohol addiction as compared to those who had not been sexually abused.

Information from over 1,100 people in around 476 Australian families who took part in the Nicotine Addiction Genetics project was examined from Nelson’s team. Study participants also were inquired about sexual abuse in childhood. A sum of around 121 women and roughly 35 men accounted for a past record of sexual abuse commencing at roughly age 11. Nelson’s group appeared to have access to DNA samples from those assessed in this research. By recognizing some particular places in the genome, it may be probable to categorize a person as having either the H1 or the H2 haplotype. One of the genes in the DNA area integrated in H1 and H2 is named as corticotropin releasing hormone receptor type 1 (CRHR1).

Several preceding research appears to have concentrated on genes linked to alcohol metabolism, but CRHR1 is supposedly not a metabolism gene. With regards to animals, Nelson is of the opinion that the gene could be caught up in risks connected with the consequences of environmental stress. When it comes to humans, the suspect variants of the gene could play a function in guarding against stresses caused due to child sexual abuse.

As the scientists try to elucidate the likely function of the CRHR1 gene in guarding sexual abuse survivors from alcohol addiction, Nelson believes that it may be interesting to observe other severe environmental stressors that could activate alcohol use to observe whether people having the H2 variation may also be guarded from those types of threat.

Moreover, he mentioned that drugs have apparently been crafted that obstruct CRHR1 receptors. If it turns out that humans are supposedly reacting well to the same stressors and retorting using the same genetic pathway that animals do, Nelson believes that few of those drugs could aid alcoholic people by using the same pathway that guards people with the H2 haplotype.

The research was published in the January issue of Addiction Biology.