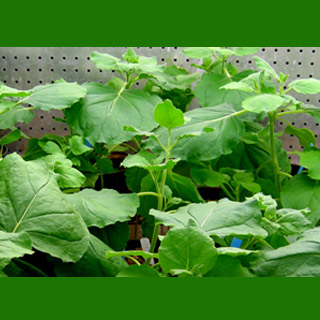 This news may provide vital insights about combating infections. A study from Washington University in St. Louis and Arizona State University claims that that the therapeutic monoclonal antibodies generated from plants against the same antibodies formed from mammalian cells has apparently illustrated that those plant-produced antibodies may battle infection uniformly well.

Study authors supposedly performed the comparison as an investigation to find out the possibility for treating disease in developing nations with the considerably less pricey plant-based production method. Antibodies, which are part of the immune system, apparently attach to unknown attackers to immobilize them and brand them for annihilation. Due to their precise targeting abilities, experts seem to have crafted ways to mass-produce a certain antibody. They have supposedly used such monoclonal antibodies in a range of contexts.

Monoclonal antibodies are also said to be in progress for several other diseases, but the expenditure of developing such antibodies is rather financially infeasible to use them to treat diseases in the developing world. So scientists at Washington University and Arizona State University supposedly decided to observe if they could adopt the West Nile virus monoclonal antibody for production in a much less pricey factory namely hereditarily altered plants.

Plants generally do not produce antibodies, but in 1989, study authors crafted a method to hereditarily modify a tobacco plant so it may generate monoclonal antibodies. Proponents of the new method observed that it appeared to have the possibility to make antibodies much more reasonably priced. Moreover, plants supposedly do not transmit viruses that may contaminate humans. Experts had to apparently amend the West Nile virus antibody to adjust it for generation in Nicotiana benthamiana, a relation of tobacco.

Co-senior author Qiang Chen, Ph.D., of Arizona State, commented, “We altered the genetic coding of the antibody slightly, not changing its parts but using alternate forms of the coding for those parts to maximize the plant’s ability to produce it. We also stabilized the antibody, preventing copies of it from being degraded inside the plant cells. Together, those two techniques increased our average antibody yield by 60 percent above any previous efforts.”

Experts then examined usual and plant-produced monoclonal antibodies in mice both as preventatives against West Nile infection and as treatments for animals by now contaminated with the virus. They appear to have discovered that antibodies from plants seem to be uniformly effectual at averting infection and combating current infections. Study authors Macrogenics Inc examined the plant-produced antibody’s capability to attach to West Nile virus particles. They seem to have discovered that one important receptor was fastening suitably, but the force of a second receptor’s bond was believed to be lowered.

Co-senior author Michael Diamond, M.D., Ph.D., professor of medicine, of molecular microbiology and of pathology and immunology at Washington University, mentioned, “This results from the fact that plants combine their proteins with slightly different sugars than mammals. We’re already working on genetically modifying the plants to humanize the sugars the plants combine with the antibody’s proteins.”

Diamond emphasizes that the study was supposedly not intended to make a case for applying plant-produced antibodies to treat West Nile virus infections, which appear to carry on taking place all through the United States.