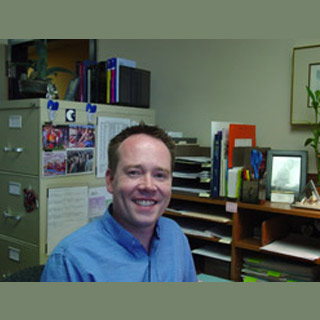 Even though there are other causes, one of the major reasons for HIV transmission to have become quite prevalent seems to be unsafe sex. Pertaining to HIV, a group of study authors, headed by a virologist from the University of California, San Diego’s Center for AID Research (CFAR), has apparently found the source of strains of human immunodeficiency virus (HIV) among men who have sex with their own gender. This study may be vital in formulating evading techniques for HIV.

It is a known fact that majority of the HIV infections globally are owing to the exposure to the HIV virus in semen, created of seminal cells and the fluid around these calls known seminal plasma. HIV virus particles comprise of RNA and are present in the plasma, while contaminated seminal cells include HIV DNA.

“If we want to stop the HIV epidemic, then we must know the mechanisms by which HIV uses human sex to spread,” commented Principal investigator Davey Smith, MD, MAS, associate professor of medicine in UCSD’s Division of Infectious Diseases and in the Veterans Affairs San Diego Healthcare System, and director of the CFAR Viral Pathogenesis Core.

By using a technique of comparing genetic traits known as phylogenetic analysis, the study authors examined a group of men who had sexually spread their HIV virus to other men. Phylogenetic models enable experts to approximate the dates of origin of several groups of viruses. By this method, the team could find out the basis of quickly mutating HIV viruses by investigating the viral sequences removed from the blood and semen of HIV transmitting partners. The team also discovered that recipients appeared to share a more new general ancestor with virus from the seminal plasma as opposed to virus discovered in the seminal cells of their source partner.

Smith mentioned, “Until now, it had not been established whether HIV RNA or DNA is transmitted during sex. By analyzing the genetic differences between these two forms and the virus that was ultimately transmitted to newly infected individuals we found that it was the HIV RNA form present in seminal plasma that was transmitted. The findings from this study will help direct prevention strategies to address the virus in the seminal plasma. By knowing the origin of the transmitted virus, scientists may be able to develop new vaccines, vaginal microbicides and drugs to prevent the spread of sexually transmitted HIV.”

Smith observed that since the study included pairs of men who have sex with men, the discoveries may not note directly on HIV transmission to women. The expert remarked that since the vast majority of women are infected with HIV by exposure to the virus in semen, HIV RNA in the seminal plasma is the likely culprit, though this needs to be confirmed.

The study will appear in Science Translational Medicine.