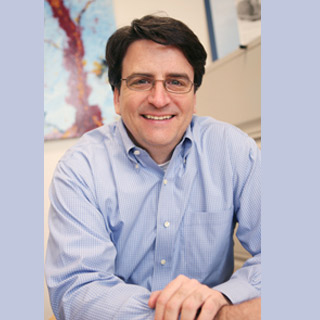 This news may throw in a few interesting insights regarding autism. A UT Southwestern Medical Center study appears to exhibit that when a gene caught up in human autism is disabled in mice, they appear to display learning issues and compulsive, recurring behaviors. Moreover, the study authors also account that a drug affecting a particular kind of nerve function apparently decreased the obsessive behavior in the animals, thereby proposing a likely way to treat repetitive behaviors in humans.

The study supposedly concentrated on a protein known as neuroligin 1, or NL1, which may aid in physically holding nerve cells jointly so they may interact with one another in a better way. Mutations in proteins connected to NL1 appear to have been mixed up in preceding examinations to human autism and mental retardation.

Dr. Craig Powell, assistant professor of neurology and psychiatry at UT Southwestern and the study’s senior author, commented, “Clinically, this study highlights the possibility that some autism-related behaviors can be reversed through drugs targeting specific brain function abnormalities. Understanding one abnormality that can lead to increased, repetitive motor behavior is not only important for autism, but also potentially for obsessive-compulsive disorder, compulsive hair-pulling and other disorders of excessive activity.”

The recent study included examining genetically engineered mice that did not have NL1. These mice were apparently ordinary in numerous ways, but apparently they spruced themselves extremely and did not seem to be as good as learning maze as normal mice.

The modified mice apparently exhibited weakened nerve signaling in a part of the brain known as hippocampus, which may be included in learning and memory, and in a different brain region implicated in grooming. When treated with a drug named D-cycloserine, which may trigger nerves in those brain areas, the unnecessary grooming apparently declined.

Dr. Powell remarked, “Our goal was not to make an ‘autistic mouse’ but rather to understand better how autism-related genes might alter brain function that leads to behavioral abnormalities. By studying mice that lack neuroligin-1, we hope to understand better how this molecule affects communication between neurons and how that altered communication affects behavior. This study is important because we were able to link the altered neuronal communication to behavioral effects using a specific drug to ‘treat’ the behavioral abnormality.”

In forthcoming studies, Dr. Powell may concentrate on comprehending additional particulars as to how NL1 functions in nerve cells.

The findings are published in the Journal of Neuroscience.