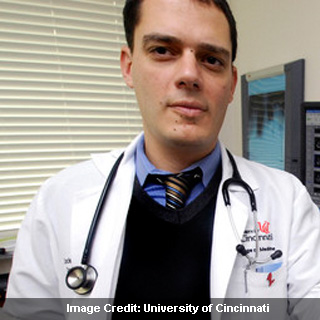 Watching TV has apparently become a vital part of our daily life. We already know that watching too much of TV may lead to eye problems and headache. But a new study from University of Cincinnati claims that apart from increasing the power of our eye, it may also cause numerous other grave health problems also.

Approximately, 99 percent of American houses own at least one TV. Most of them appear to have more than one and the average American seems to spend over 6 hours in front of the TV. UC Health cardiologists propose discarding the remote so as to live a longer life.

“Although studies have focused on television watching, sedentary behavior in general is harmful to a person’s health. With obesity, hypertension and diabetes affecting millions of Americans, we should try to be as active as possible every day,” commented, Jack Rubinstein, MD.

Rubinstein mentions a new study that appears to exhibit that every hour supposedly spent in front of the television may augment threat of premature death by roughly 11 percent and boosts danger of death from cardiovascular disease by roughly 18 percent.

Rubenstein remarked, “Many daily activities are now done sitting. Much of a person’s day consists of shifting from the desk, to the couch, to the bed—one sedentary activity after another. This is why we must make time for exercise, any exercise, which not only promotes a healthy lifestyle but also leaves us with a strong heart.”

Rubinstein quoted, “Studies show that across the board, sitting for long periods of time has unhealthy effects on blood sugar and blood fats. This is alarming. In order to live a healthy life, you must make physical activity a priority, along with eating right. So either hit the gym before sitting down for your favorite weekly TV drama, or just turn the tube off and play tag with your kids or take a walk with your spouse—make small improvements to get moving and get healthy.”

Individuals who exercise on a daily basis quite briskly appear to have the least threat for heart disease, but any exercise may be useful. Rubinstein mentioned that studies seem to constantly discover that light to moderate exercise like taking a leisurely walk around the neighborhood or doing housework could be helpful for everybody, counting those having heart disease.

He is of the opinion that even people who do not have a weight problem or troubles with hypertension and diabetes ought to remove time for exercise.