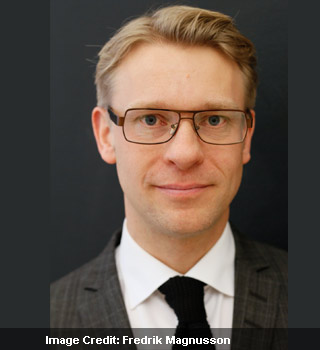 According to a new research being conducted at Karolinska Institute, cancer radiotherapy treatment can elevate the hazards of cardiovascular disease later in life. It suggests that unrelenting inflammation instigated by post-radiotherapy changes in the gene expression in the arteries may be the reason behind it.

Epidemiological studies indicated that sessions in radiotherapy possibly augment the chances of cardiovascular disease in the same body part, for instance myocardial infarction post left halve breast-cancer therapy, or a stroke following the treatment for head and neck tumors. Researchers are still clueless regarding the biological causes of such severe side-effects, which generally do not show up after years of treatment.

Martin Halle, researcher at the Institute said that, “Studies have been hampered by the fact that the disease process is so slow. Cell studies and animal studies are best suited to the more immediate effects, and studies on human subjects have been ruled out for ethical reasons.”

Researcher Halle and his colleagues have carried out an investigation on the long-term effects of radiotherapy on human blood vessels, by examining autografts that have been carried out after cancer. Under this autograft the skin, muscle or bone tissue from a single part of the patient’s body is transplanted to recast defects that come up as results of removal of tumor in another, commonly irradiated part. By preserving biopsies gathered from previously irradiated branches of the carotid arteries and non-irradiated arteries from grafts, the team has been able to evaluate the divergence in global gene expression between irradiated and non-irradiated arteries from a particular patient at a given time.

Research also presented that the arteries showed signs of chronic inflammation and a rise in Nuclear Factor- kappaB (NF-kappaB) activity, which is a transcription factor and plays an important role in the development of atherosclerosis. The bigger inflammatory gene expression could be noticed for several years following irradiation, and probably can explain the reason behind cancer patients suffering from cardiovascular diseases after years of radiotherapy.

The research team hopes that the results encountered by them will one day assist medicine to deteriorate the side-effects of radiotherapy along with anti-inflammatory therapy.

The relevance of these findings has been accentuated by a publication of an explanatory commentary in the journal’s editorial.

Fructose-rich beverages correlate with heightened risk of gout in women?