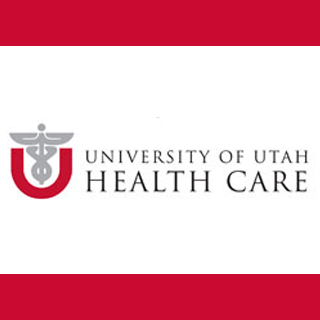 This news seems to dole out information about possible ways to combat deadly infections. Treating virulent influenza, sepsis, and other likely lethal infections for a long time have apparently concentrated on seeking ways to destroy viruses and bacteria. But a new study from Utah State University exhibits that modulating the body’s own unrelenting inflammatory response to infection may aid in saving more lives.

The scientists exhibit that guarding blood vessels from hyper-inflammatory reaction to infection decreased mortality rates in mouse models of avian flu and sepsis by almost 50 percent. Particularly, the study authors recognized a protein signaling pathway, Robo4, that when triggered seems to avert inflammation from deteriorating blood vessels, which apparently causes them to leak and could lead to critical organ damage.

The discoveries elevate the option of new broad-range therapies that could be quickly executed by public health agencies to battle both viral and bacterial infections. Such therapies could be received along with antibiotics, antivirals and other drugs.

U of U cardiologist Dean Y. Li, M.D., Ph.D., professor of internal medicine and director of the Molecular Medicine Program, commented, “By blocking the ill effects of inflammation on the host or patient by stabilizing blood vessels, we have identified an entirely different strategy to treat these infections. In essence, we’ve shown that rather than attacking the pathogen, we can target the host to help it to fight infections.”

While this study apparently confirms the idea of regulating the effects of inflammation to battle the effects of serious infection, crafting therapies for people could take several years.

When Biochemical mediators known as cytokines are discharged in huge amounts as part of the inflammatory response they could destabilize blood vessels, thereby leading to leakage, tissue edema and in severe cases, organ failure and death.

Even though it could take much more work to find out if Robo4 may be influenced to obstruct inflammation in sepsis, influenza, and other infections, the protein’s signaling pathway seems to be perfect for stabilizing the endothelial cells that line blood vessels.

Guy A. Zimmerman, M.D., a U of U professor of internal medicine who examines inflammation and sepsis, stated, “For this reason, the Robo4 pathway may be more effective and less likely to have negative side-effects than some of the approaches and drugs that have been tried in the past.”

Targeting the pathogens that may cause influenza and sepsis has been the key approach to combat those infections. While this has been effective, it could also have shortcomings since pathogens may develop swiftly to develop resistance to antibiotics and antiviral medications. A second approach is to supposedly reduce a patient’s immune system reaction to infection. Nevertheless, past approaches seems to have resulted in poor outcomes in patients, in part since they occasionally augmented the sick individual’s vulnerability to a second, ‘opportunistic’ infection.

Guarding the host from its own inflammatory response to infection is said to deliver a possible plan to diminish the mortality rate from several different kinds of grave infections. In the mouse models of this study, the mortality rate for a few sepsis and avian flu infections reached roughly 90 percent when left untreated. By guarding blood vessels via triggering Robo4, mortality was believed to be decreased in a few cases to nearly half.

Dale L. Barnard, Ph.D., a virus specialist and research associate professor at the Institute for Antiviral Research in the Department of Animal, Dairy and Veterinary Sciences at Utah State University, is of the opinion that the study seems to unlock a potentially thrilling method to treat virulent viral-caused infections like pandemic H1N1 and the exceedingly contagious avian flu.

The study was published in Science Translational Medicine.