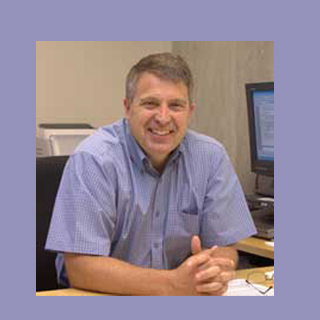 Traditional understanding among scientists for several years seems to have proposed that since people with Down syndrome have an extra chromosome, the disorder most probably results from the attendance of too many genes or proteins included in that extra structure. But a new study discloses that just the opposite could be right. Apparently, a deficiency of a protein in the brain of Down syndrome patients might add to the cognitive damage and congenital heart defects that typify the syndrome.

Researchers have apparently revealed in a chain of experiments that there may be lower levels of this protein in the brains of humans and mice with Down syndrome that are there in humans and mice devoid of the disorder. Moreover, the scientists have also exhibited that physically influencing pieces of RNA that control the protein could augment protein levels in both human cell lines and mouse brains. Actually, an investigational drug that acts on those RNA segments seems to have returned this protein to usual levels in mice that model the syndrome.

When this RNA segment supposedly overexpressed, denoting that more of it is there than required in a cell, the protein level goes down, or appears to be underexpressed. A sum of at least five of these RNA segments are said to be logically overexpressed in persons with Down syndrome since the segments could be accommodated on chromosome 21.

Terry Elton, senior author of the study and a professor of pharmacology at Ohio State University, commented, “We’re talking about a paradigm-shifting idea that maybe we should look for underexpressed proteins and not overexpressed proteins in Down syndrome.”

Elton, also interim director of Ohio State’s Davis Heart and Lung Research Institute, hit upon this hypothesis about Down syndrome while working on a diverse protein linked to cardiovascular disease. It turns out the protein he had investigated for 25 years appears to be adjusted by one of these microRNAs that is recognized to be housed on chromosome 21. For his cardiovascular disease research, Elton discovered that a genetic trait in a few people apparently caused one particular microRNA to be bad at its job, thereby resulting in high protein levels that add to cardiovascular disease. This faulty molecule is known as microRNA-155, or miR-155.

There appears to be a powerful association between the heart and Down syndrome. Around half of those with the syndrome could be born with congenital heart defects, issues with the heart’s anatomy, not coronary arteries. But they may not suffer from cardiovascular disease or high blood pressure. Elton checked with a bioinformatic database and discovered that roughly 5 microRNAs sit on chromosome 21, and he and colleagues illustrated in preceding research that all five of them could be overexpressed in the tissues, brains and hearts of Down syndrome patients.

Additional database examination proposed that these five microRNAs aim around 1,695 proteins, all of which could cause issues in Down syndrome since they are underexpressed. To taper that to a more handy number, Elton’s group had to apparently make an knowledgeable deduction based on a variety of data, counting which proteins that could be linked to these microRNAs that are made by cells in the brain and heart. A protein seems to have emerged as a striking target to study, methyl-CpG-binding protein 2, called MeCP2.

The scientists supposedly utilized around 2 of the 5 microRNAs on chromosome 21 for the experiments in this study, miR-155 and miR-802. This was done to go with the only microRNAs accessible in the hereditarily engineered mouse model of Down syndrome. Initially, the scientists made duplicates of the relevant microRNAs. In human brain cell lines, they apparently influenced levels of those two molecules to illustrate the opposite association with the protein. If the microRNAs could be more active, the level of the MeCP2 protein went down. When the microRNAs were underexpressed, the protein levels supposedly shot up. Subsequently, the scientists investigated adult and fetal human brain tissue from fit and Down syndrome samples acquired from a national tissue bank.

The researchers discovered that the genes were apparently impacted by the lowered protein level in Down syndrome brains, one gene that MeCP2 normally silences was in profusion, and the gene that ought to have been triggered was underexpressed. Since the two genes investigated have apparently known functions in neural development, Elton mentioned that the outcomes proposed even more powerfully that the lowered protein’s effects on the genes possibly add to cognitive problems linked to Down syndrome.

Ultimately, the scientists examined a tentative drug known as antagomir on mice that may serve as models for Down syndrome research. Antagomirs are said to be comparatively new agents that render microRNAs to be immobile.

The scientists inserted an antagomir into the brains of these mice to hush the miR-155 with the intention to augment levels of the MeCP2 protein. Around 7 days following the injection, the level of the protein in the treated mouse brains appears to have resembled levels in standard mouse brains.

The research was published in the Journal of Biological Chemistry.