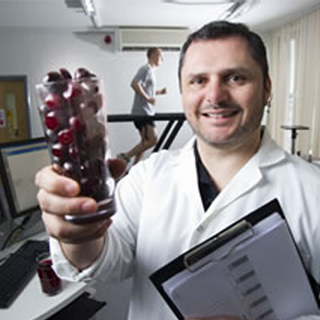 Marathon runners may find this study to be extremely useful. Runners participating in this month’s London Marathon may enhance their recuperation time by drinking tart cherry juice prior to and post race. At least this is what a study author at Northumbria University claims.

The expert assessed the properties of Montmorency cherries in a study. It was discovered that athletes who took the juice seem to have revived quicker after marathon running as opposed to a placebo controlled group. In the study, roughly 20 marathon runners drank either a tart cherry blend juice or a placebo drink twice a day for five days prior to participating in the London Marathon and for two days later on.

The discoveries signified that the group who drank the cherry juice appeared to have got back their strength more swiftly as against the control group over the 48-hour duration after the marathon. Moreover, inflammation was claimed to be decreased in the cherry juice group, as was oxidative stress, a likely impairing response that could be caused by tiring physical activity, predominantly long distance endurance exercise.

Dr Glyn Howatson, exercise physiologist and Laboratory Director in the School of Psychology and Sports Sciences, commented, “Participating in long-distance endurance events, such as the London Marathon, causes a degree of muscle damage and inflammation for the runners. It takes several days to recover and during that period the runner’s ability to conduct physical activity can be vastly inhibited. The phytochemicals, in particular, anthocyanins found in Montmorency cherries have anti-inflammatory and antioxidating properties, which the research has shown to be effective in helping exercises to recover from strenuous physical activity.”

Even though it is yet to be checked, Dr. Howatson is of the opinion that the discoveries would not only profit marathon runners but could also have grave implications in the treatment of people suffering from inflammatory diseases like arthritis.

The expert remarked, “If funding can be secured to embark on a further study, we can determine whether the use of tart cherry juice has implications for the management of some clinical pathologies that display high levels of inflammation and oxidative stress, such as rheumatoid arthritis and fibromyalgia.”

He said people are increasingly looking at natural remedies, or neutraceuticals, to treat their conditions, and scientific studies, such as the research into tart cherries, examine the potentially untapped treatments held in natural resources.

This may offer adjunct therapy for the management of disease, which could help decrease negative symptoms and enhance quality of life.