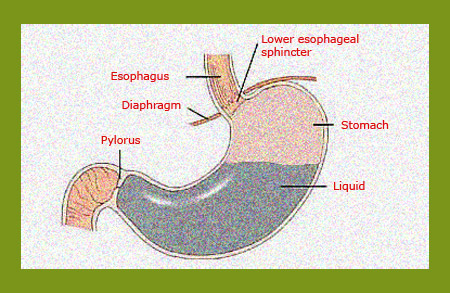 Popping pills everyday can become like shooting blanks. That’s right! India is seemingly becoming an over-drugged society and as affluence increases, we appear to become more and more like the West. It is almost as if it is the natural thing to do. Now one might say we are still a country of villages with poor infrastructure and throw some statistics which say a certain amount of people don’t have access to drinking water, let alone medicines.

But think about it. We may not have cure for cancer but we have 10s of choices for the most mundane of ailments. The more common a disease, there seems to be a bigger market for drugs that address it. Medicines are no longer solutions of modern science to be utilized when you are seriously ill and when the doctor recommends it. There are drugs with different combinations of vitamins and other nutrients that address everything from pregnancy to hair loss to ‘dull skin’, drugs that are claimed to improve concentration and memory for exams, statins to lower cholesterol even before a major disease has been diagnosed.

WHO figures say at least 50% of all antibiotics and pain-killers sold are consumed needlessly. The same figure is more or less true for India. And we are not even getting in to the marketing of these drugs. Let us look at a common ailment that is conquered on a daily basis by medication namely acidity. We have some hi-tech medicines on shelves these days, however, the humble local ant-acids are still selling like hot cakes sharing shelf space with items that may have caused the acidity in the first place! Then there are painkillers, analgesics. And anti-acidity drugs have to be given along with the pain-killers because the pain killers are going to cause acidity. A little pre-emptiveness never hurt any body.

While it might seem like a typical lifestyle lecture, a serious afterthought can be given to the fact if cavemen got acidity? – Maybe sometimes but not often and definitely not daily like many of us complain of these days. The most common causes of acidity are known to be eating too fast, smoking and drinking. These are modern constructs and most of these factors probably seem unavoidable to city professionals. So what do we do? Well, it seems simple – Just pop a pill! Everyone likes quick fixes, bankers, politicians and contractors who make more potholes than roads. They are convenient and as the name suggests, quick. But when such fixes become the norm, the underlying problem remains unaddressed. This hardly sounds like something you would do to your body. Let us take a look then why we need to be spending this time understanding how this seemingly trivial condition can have far-reaching effects.

What happens to the food that we eat?

Let us take a very bare basics approach to this very common place problem. The stomach is meant for digesting food. Further down, the intestines absorb nutrients from the food. Fiber and other indigestible or undigested matter passes through stools. Now the stomach produces acid for digesting the food, commonly referred to as gastric juices. This is a potent concoction of enzymes that can even digest bones. Stomach acid levels are known to reach as low as pH 1, i.e. highest level of acidity possible. Hyperacidity is a condition in which overstimulation of the stomach cells leads to increased acid production. This results to what is disconcertingly but commonly known as heart-burn.

Causes: The commonly held perception that oily and/or spicy foods lead to acidity cannot be substantiated. Different foods trigger acidity for different people. Spicy/oily foods have come to be criminalized because oily foods are harder to digest, i.e. more acid is produced and spicy foods can irritate the stomach. Now the stomach’s internal lining can withstand this acidity to some extent. But this is not true for other parts of the body. Commonly, stomach acid spills over back into the esophagus which is the food pipe that carries the food there in the first place. The lining of the food pipe is not as resistant as the lining of the stomach. This lining gets irritated and eroded. Under normal circumstances, there is a mechanism to prevent this backflow or reflux of the stomach acid into the esophagus. There is a sphincter where the esophagus connects to the stomach at an oblique angle.

Incidence: Because of all these commonly occurring triggers, 20% of the general population experiences heartburn at least once a month. If you have heartburn once a week, it’s moderate. But in 5-15% of the population, heartburn occurs daily. This is a serious condition as it leads to chronic ulcers which do not heal due to constant contact with acid. Due to this continuous irritation, the appetite goes down and overall health suffers. A condition known as Barrett’s esophagus occurs in chronic cases. In this condition, the cell lining of the esophagus becomes like that of the stomach in response to the continuous acid exposure. Over a period of time, the risk of developing esophageal cancer increases.

A common cause for ulceration is also infection with the bacterium Helicobacter Pylori. H. pylori infects 80-90% of the general population in India by the age of 20. Although symptoms are seen only in a fraction of cases, eradication of this infection may be important in difficult cases. Relation of this infection with GERD is not established. In fact, this bacterium cannot survive in highly acidic environments. However, it does lead to chronic inflammation of the stomach resulting in ulcers and can later develop into different types of cancer.

Diagnosis: In this case diagnosis begins at home as the sufferer, his friends and family and any casual by-stander pour in advice. The culprits identified are oily and spicy food, late working hours, scarce sleep and the more esoteric pitta. Ads for OTC medications usually depicting fat gluttons and junk food don’t help. While these can be the possible causes, what triggers acidity or proves hard to digest varies from person to person. Another misleading factor is the term dyspepsia which is used to mean anything from acidity to constipation. Episodic acidity and/or indigestion can be relieved by commonly available medicines or the more difficult option, moderation in eating. It is when heartburn occurs daily or more than once every week that one needs to take note and consult a doctor. Your family physician is a good place to start. Severe conditions may need consulting a gastro-enterologist.

Initially treatment with PPIs is tried. If the symptoms are not relieved, endoscopy and/or biopsy have to be performed. This is usually done to eliminate the possibility of cancer, especially if the patient is more than 40 years of age. Actual visuals of lesions in the stomach and esophagus would be conclusive. In many patients, symptoms of heartburn exist without eroding the esophagus. The underlying cause in this group of patients may be very different and needs to be investigated further. Other options are barium meal X-rays to rule out obstructions or strictures. Barium makes it possible to visualize the passage of meal through the GI tract. Irregularities, if any, in flow can be detected. Ultrasounds, CT scan and MRIs are used in difficult to diagnose cases and to rule out other gastronomical complications like cholecystitis, pancreatitis, and appendicitis.

Infection with H.pylori is seldom checked for. If symptoms of heartburn or general discomfort in the area behind the breast bone persist. Suggest testing for H.pylori to your doctor.

Treatment: Traditionally, substances like bismuth and carbonates have been used as local ant-acids. These substances are basic in nature and neutralize the acid produced in the stomach providing quick relief. However, as more acid is produced, discomfort resurfaces. Drugs like H-2 receptor (Eg: Zinetac, Topcid) blockers and proton pump inhibitors-PPIs (Eg: Omez, Razo) are more effective. These drugs act on the cells in the stomach that are responsible for acid production. By going to the source of the problem rather than addressing just the symptom, longer-lasting relief is achieved. PPIs are newer drugs and achieve longer lasting effects than H-2 receptor antagonists. Within PPIs, newer drugs are claimed to have longer lasting actions (up to 14 hrs) so that the overall amount of medicine that has to be consumed is less. A regimen of PPI combined with anti-biotic is prescribed for eradication of H. pylori.

Another class of drugs that can be useful is prokinetic agents. These drugs increase the motility of the GI tract so that the food passes quicker through it. Thus, food does not stay in the stomach long enough to cause hyper acidity and reflux. The use of these drugs, however, is yet to pick up in India. Surgery, generally known as fundoplication is performed in non-responsive serious cases or when the patient does not want to depend on medication for the rest of his life. The surgery involves wrapping the upper part of the stomach around the lower part of esophagus. This creates an obstruction to back-flow of stomach acid. Success rates as high as 80% have been reported. Minimally invasive options are also available.

But why let it get out of hand?

I hope in the face of increased cancer risk and surgery, weight reduction would seem a better option. Simple things like avoiding bending forward, not wearing tight-fitting clothes, raising the height of your pillow and avoiding large meals right before bed-time can help. And if you are very determined to fight this condition, you can start maintaining a food diary. This diary would contain a day-wise and timed account of what you consumed and symptoms of heartburn or general discomfort experienced if any. Over a period of time, this would help you and your doctor narrow down on specific food items or combinations that cause acidity. Simply avoiding these items would go a long way towards living a better life. If done sincerely and used effectively, this method can spare you a lot of medication and doctor’s bills.

In Conclusion: It is important not to get used to living with acidity and in-digestion and keep popping pills to get through another day. Many a times, patients accept this condition as a fact of life and get more and more used to it. Sometimes, continued acid exposure leaves the throat prone to infections as the mucous lining is stripped. GERD should therefore be suspected in patients with chronic sore throat. In severe cases belching takes the stomach acid right up to the mouth burning it.

PPIs and H2RAs are generally considered safe for long-term treatment. Side-effects include the general nausea and constipation. However, dependence does occur if taken over long periods. The patient thus feels anxious about developing heart burn if he doesn’t pop the pill even for a single day. Though no serious side effects have been observed, it is easy to forget that stomach acid occurs naturally for a reason. It enables digestion of food and kills contaminants. If stomach acid levels are kept continuously suppressed with medication, it leaves the patient prone to infection and can make digestion difficult. Moreover, as one gets habituated to the medication, it tends to have lesser and lesser effect. As one gets older, need for acid suppression goes up and this can lead to a difficult situation in geriatrics.

It has also been postulated that since the cancer-causing bacterium Helicobacter thrives in neutral environment, acid suppression may aid its growth and pathogenesis.

So next time before popping that pill, think of the options we discussed here at HealthJockey and the slow damage caused by quick fixes.