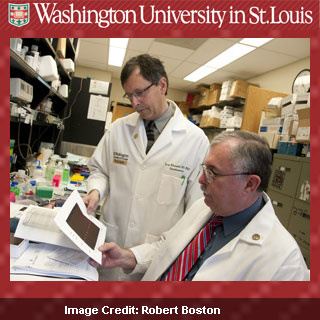 Apparently, the team is the first to have identified these proteins in the urine. The proteins, according to the research can reveal the presence of about 90 percent of all kidney cancers. Presently there is no diagnostic test available for kidney cancer. Diagnoses for approximately 80 percent of kidney tumors have been deduced either from CT scans or ultrasound tests that were originally prescribed for abdominal pain.

Senior scientist Evan D. Kharasch, MD, PhD. elaborates on the disease by saying that, “Kidney cancer is a silent and frequently fatal cancer. More than 80 percent of patients die within two years of diagnosis, and more than 95 percent die within five years because by the time the cancer is detected, it often has spread beyond the kidney. When it is identified early, however, kidney cancer is curable in a very high percentage of individuals.”

Kharasch and his colleague, Jeremiah J. Morrissey, PhD, checked urine samples collected from 42 patients who discovered the disease during an abdominal imaging test and from 15 individuals who did not have cancer but were to go in for surgery. Samples were also collected from another 19 healthy volunteers, who were not scheduled for any surgery. The team narrowed down on two proteins that previously had been found in kidney tumors, aquaporin-1 (AQP1) and adipophilin (ADFP). Large quantities of the proteins were reported from the samples of kidney cancer patients.

The research indicated that the AQP1 or ADFP proteins were present dismally in healthy participants or surgery participants. It was also discovered that when the tumors were retracted, the AQP1 and ADFP levels in the urine fell drastically.

Kharasch quotes that, “We believe that in the same way we use mammograms to screen for breast cancer and blood tests to screen for prostate cancer, we may have the opportunity to detect these proteins in urine as a way to screen for kidney cancer.”

Morrissey explains that “When patients come to surgery, it tends to be late in the process, and many already have progressed to a stage where the prognosis is pretty bleak. Screening patients to find kidney cancer when it is still small and treatable could save a number of lives and preserve kidney function in many people. It also may represent the difference between losing an entire kidney or extracting only a tumor while sparing healthy portions of the organ.”

It so appears that about 50,000 patients are diagnosed with the cancer every year, and about 13,000 die from the disease annually in the United States alone. So, an early diagnosis may help in reducing that number, is what Timothy J. Eberlein, MD, director of the Alvin J. Siteman Cancer Center at Barnes-Jewish Hospital and Washington University School of Medicine, believes.

Eberlein further adds that, “One of the goals of the Siteman Cancer Center is to diagnose tumors as early as possible, when they are more curable. Most kidney tumors are found in more advanced stages, when the patient is symptomatic and less likely to be cured. These new findings open the door for a quick, noninvasive test and could revolutionize our approach to the early, accurate diagnosis of kidney cancer.”

The team is of the opinion that further testing will be required to decide whether people suffering from other kidney diseases also have high levels of AQP1 and ADFP in their urine. Based on these findings, Kharasch and Morrisey, have filed a patent via Washington University’s Office of Technology Management, to permit the use of aquaporin-1 and adipophilin to diagnose kidney cancer.

Scientists say that since this research had its emphasis on patients pre-diagnosed for the cancer through imaging test, it is important to conduct more research to understand the subject matter thoroughly. Research needs to be conducted to check in what stage of the disease do the levels of the AQP1 or ADFP proteins elevate and whether the concentration of these proteins in the urine might correspond to the size of a kidney tumor.

Incase the research is able to establish that AQP1 and ADFP urine levels are good markers of kidney cancer, routine check-ups may be possible at the physician’s clinic. These check-ups could be conducted by utilizing noninvasive urine tests, so as to determine whether the patient has contracted the cancer or not.

The findings of the research were published online in the May issue of Mayo Clinic Proceedings.