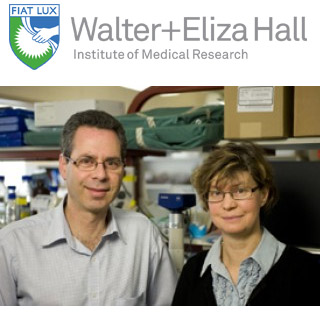 Breast cancer could be a nightmare for most women. However, it seems that treatment may just be at hand. Researchers from Walter and Eliza Hall Institute have discovered that breast stem cells are exquisitely sensitive to the female hormones oestrogen and progesterone. With the results of this research it may be possible to develop treatments and preventive cures for breast cancer.

Moreover, this discovery by scientists in the institute’s Stem Cells and Cancer and Bioinformatics divisions, elaborates on decades of evidence linking breast cancer to female hormones. Scientists Jane Visvader along with her colleague scientist Geoff Lindeman, showed that sustained exposure to oestrogen and progesterone was a well-established risk factor for breast cancer.

Jane further goes on to say that, “There is a clear evidence that the more menstrual cycles a woman has the greater her breast cancer risk. There is even an increase in breast cancer risk in the short-term following pregnancy. However the cellular basis for these observations has been poorly understood.”

During the mid-2000s, the researchers found breast cells in both humans and mice. However, they also discovered that these cells lacked ‘receptors’, which would allow them to be controlled by the female hormones. Now, with support from scientists Marie-Liesse Asselin-Labat, Gordon Smyth and others at the institute, the research has revealed that despite lacking receptors for the hormones, breast stem cells are still extremely sensitive to female hormones.

With the help of mouse models, the scientists demonstrated that when the ovaries were removed or the animals were treated with the clinical anti-breast cancer agents, breast stem cell numbers dropped and the cells appeared latent. Scientist Linderman quoted that this research helped them clarify why the effects of ‘chemoprevention’ which is a treatment aimed at breast cancer prevention continued long after anti-estrogen tablets have been stopped.

He goes on to further explain that, “Our research also revealed that during pregnancy there is a profound increase in breast stem cell numbers. This might account for the short-term increase in cancer risk associated with pregnancy.”

Further collaboration with Dr Jack Martin at St Vincent’s Institute Melbourne and Dr Hisataka Yasuda at the Nagahama Institute for Biochemical Science, branded the RANK ligand pathway as the key-cell signaling pathway. This pathway has been responsible for the control of breast stem during pregnancy.

Linderman says that the inhibitors of RANK signaling have been created and are as of now being applied in the clinical trials. These inhibitors are being used to maintain strength of bones and treat breast cancer that has spread to bones. The findings suggest that inhibitors of RANK or other stem cell pathways stand for possible therapeutic strategies that could also be investigated as breast cancer prevention agents.

The results of this research are to be published online in the international journal ‘Nature’.