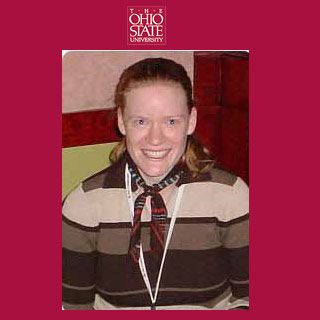 Brain tumors could be much easier for surgeons to recognize and remove if the manner in which they appear on MRI scans and during surgery is enhanced. In one such ongoing effort, scientists at the Ohio State University reveal to be investigating various nanoparticles that should help them do this. The researchers hope that one day it would be possible to inject these tiny particles into the blood of patients consequently helping surgeons to cart off lethal brain tumors called glioblastomas.

The researchers report to have manufactured a small particle called a nanocomposite which is said to be both magnetic and fluorescent. Measuring less than twenty nanometers in size, these magnetic nanoparticles accentuate color contrasts within MRIs. This enables doctors to see potential or existing cancerous tumors prior to surgery. When observed under a special light, the fluorescent nanoparticles may have the ability to change the color that the tumor appears in the brain.

“Our strategy is combining two particles that contain different properties to make one particle with multiple properties,” shared Jessica Winter, assistant professor in chemical and biomolecular engineering and biomedical engineering at Ohio State.

“We’re trying to develop a single nanocomposite that’s magnetic – so you can do preoperative MRI – and that’s fluorescent – so that when neurological surgeons go into surgery, they can shine a light on the tumor and it will glow a specific color such as green, for example. Then, the surgeon can simply remove all of the green,” she added. “With traditional magnetic contrasting agents, you’ll get an MRI, but you won’t see anything during surgery.”

She further explains that neurological surgeons could take advantage of a multi-functional particle that would enable them to gain a better view of the tumor with an MRI before surgery and then seeing it physically during surgery. The new analysis seems to offer convincing proof that a particle displaying dual properties could be assembled. Nevertheless, it may not be possible to use these multi-functional particles in animal or human testing as the fluorescent particle namely cadmium telluride is known to be toxic.

“We’re currently working on an alternative fluorescent particle which is composed of carbon. This will eliminate the complications that arise with ingesting the cadmium telluride particles,” Winter mentions.

The finding could specifically benefit patients with a specific form of deadly brain tumor, glioblastoma. These tumors are generally located in the temporal or frontal lobe of the brain which makes it difficult for them to be seen and removed. According to the researcher combining the two particles could offer doctors help both prior and post surgery in tumor removal. Among the successes in the creation of the new nanocomposite particle was the manner in which it was done as typically combining particles like these is a difficult process known as doping.

For their experiment, the researchers in this experiment allege to have taken a never-before attempted approach. They opted to bind their fluorescent particle above their magnetic particle at extremely high temperatures.

“The key is that our synthesis is done at pretty high temperatures – about 350 degrees Celsius (around 660 degrees Fahrenheit),” Winter explained. “The synthesis was unexpected, but cool at the same time, and we were excited when we saw what we got.”

Atom Sarkar the primary neurological surgeon that collaborates with Winter and her team and an assistant professor with the Department of Neurological Surgery looks at testing this approach soon on animals. However before this, they have to work at generating a particle that will be free from toxic ingredients. Winter is optimistic that encouraging results could enable identical multifunctional particles which may have the potential to form an innovative part of neurological surgery within the next five years.

The research features in the journal Nanotechnology.